Javid: Govt ‘firmly’ keeping to Plan A at the moment but ‘remain cautious’ 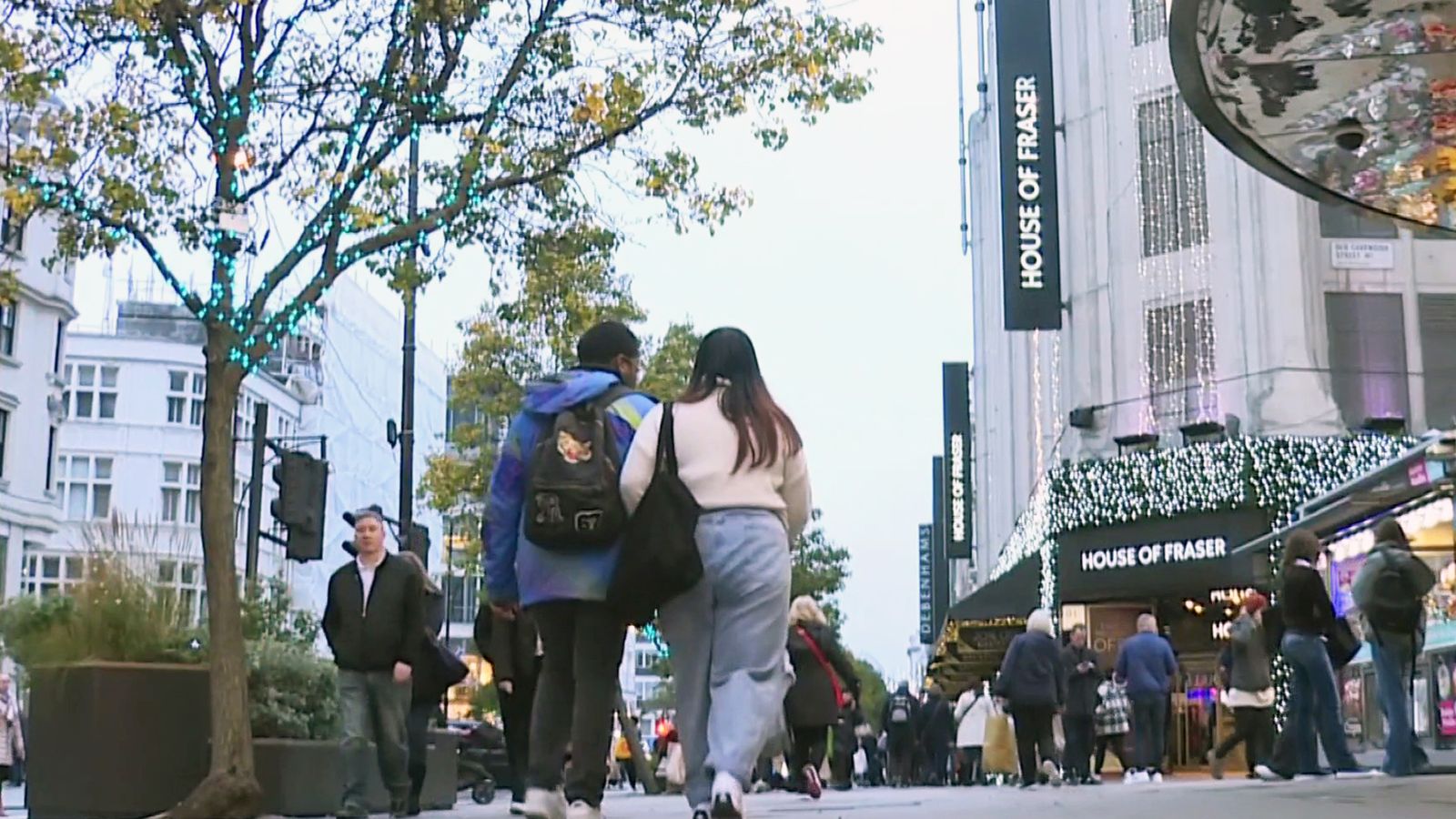 Sajid Javid has played down the need for more restrictions to be introduced in the coming weeks, telling Sky News that England is “firmly” in Plan A at the moment.

Speaking on Trevor Phillips On Sunday, the health secretary said ministers must “remain cautious, not complacent in any way” – but said he hoped people can “look forward to Christmas together”.

Mr Javid added that the government will take action if needs be, as infection rates rise across other European countries, telling Sky News: “If we needed to take further measures with Plan B then we would do so, but we’re not at that point.”

Earlier this week, the Austrian government announced a nationwide lockdown and said coronavirus vaccinations would become mandatory by law next year, blaming the country’s high infection numbers on those who have failed to take up the jab.

The nationwide lockdown will start on Monday and will initially last for 10 days, before being re-assessed, and will last a maximum of 20 days.

Mr Javid said he believes England has the “right measures” in place to curb infections, but warned that the virus “can be very unpredictable” and ministers “need to be ready” to act.

The health secretary told Sky News: “As we all look forward to Christmas, it’s very sad to see cases rising – surging in parts of Europe. We’ve always known that this virus, it loves the winter, it like the cold, darker days that winter brings and we need to make sure we’re doing everything we can to protect ourselves against that.

“That’s 400,000 a day across the UK, and that’s making the difference and we know that because just this week there was more data published on more studies that shows the protection you get from your booster the change in protection, it almost doubles – from 50% to over 90%.”

He continued: “All of us, we’ve all got a role to play in this and in our national vaccination programme. And if you’re eligible for your first shot, second shot, third shot, please come forward, and let’s look forward to Christmas together.”

Asked if the government should be dusting off its Plan B and bringing in vaccine passports and mandatory requirements to wear face coverings, Mr Javid added: “Well the first thing I’d say if I may is we made a tough decision back in the start of the summer.

“Other countries didn’t follow our course and we decided that of course we want to start opening up, and if you are going to do that, it is best to do it into summer – it is far safer to do it in summer.

“Sadly, other countries in Europe did not do that. But looking ahead, as we look down towards winter, we need to make sure that we remain cautious, we are not complacent in any way.

“I have mentioned the importance of the booster programme, but in terms of any other potential measures, we have said all along we have got Plan A and that is where we firmly are at the moment.

“If we needed to take further measures with Plan B than we would do so, but we are not at that point.”

Last week, Prime Minister Boris Johnson agreed that there was “nothing in the data” that suggests the government should move forwards with Plan B.

The health secretary also confirmed that approximately 5.9 million people are on the NHS waiting list and that this number “is going to go up before it comes down”.

From Monday, people aged above 40 will be eligible to receive their booster jab, and Mr Javid urged those who can to take up the offer of a third jab to help keep their family and friends safe during the Christmas period.

Sixteen and 17-year-olds will also be able to book in for their second jab from Monday.

Germany and Slovakia are countries which, alongside Austria, have introduced further, strict measures in the weeks leading up to Christmas, as a debate intensifies over whether vaccines alone are enough to tackle coronavirus.

German Chancellor Angela Merkel has announced fresh curbs on public life for those who have not had a vaccine in areas where hospitals are filling dangerously fast with coronavirus patients.

And last week, Europe accounted for more than half of the seven-day average of infections globally and about half of the latest deaths, according to a tally by Reuters news agency.

Greece has also imposed more restrictions on unvaccinated people following a recent surge in cases – barring them from all indoor spaces, such as cinemas, museums, and gyms.

The number of cases was a small drop on Friday’s figures, when 44,242 were recorded.

The total number of COVID deaths in the UK since the start of the pandemic now stands at 143,866.

Watch as 600ft chimney comes crashing down in demolition