Pop star Jessie J is still struggling to fight off an unknown throat issue, which makes it painful for her to sing.

The Bang Bang star admits the painful mystery condition makes it tough for her to perform, record and even speak for long periods of time.

Jessie tells Billboard the problem began on Christmas Eve last year, when she woke up and couldn’t hear anything out of her right ear and felt an extreme sense of dizziness. She was diagnosed with Meniere’s disease, an inner ear disorder, and was prescribed steroids.

“It was not long after that I started to have this burn in my throat,” she says, “and it was like, ‘Oh, it’s acid reflux, just take some Pepcid (medicine)’.

“Obviously, it just hasn’t got any better; it’s gotten worse and worse. I’ve done everything you can imagine, from eating (the same) three things for two months, to acupuncture, massage, medication. I’ve had procedures done. I’ve had everything done.”

“It’s been over six months now,” she adds. “I just want to do what I love… So I’m just trying to stay in good spirits, stay working out, make a diary of everything I’m eating. But I really don’t know when it will be great.”

Jessie said the encouragement from famous friends and fans has helped her cope.

“I’ve had so many amazing people reach out to me – Demi (Lovato), Ari (Grande), John Mayer, Tori (Kelly),” she tells the outlet. “Literally so many people reached out to give me advice, that have been through it. And it just makes you feel less alone.”

She’s also fired up about her new album, which she co-wrote with Ryan Tedder. It will be released at the end of 2021, by which time she hopes she’ll be able to promote it without throat pain. 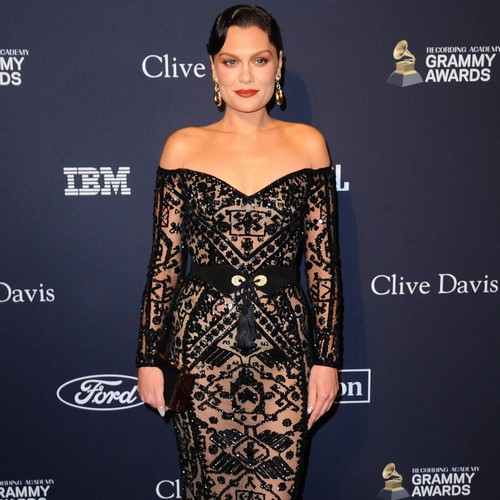 ‘It is vindicating’: Britney’s supporters believe she will soon be free from her dad