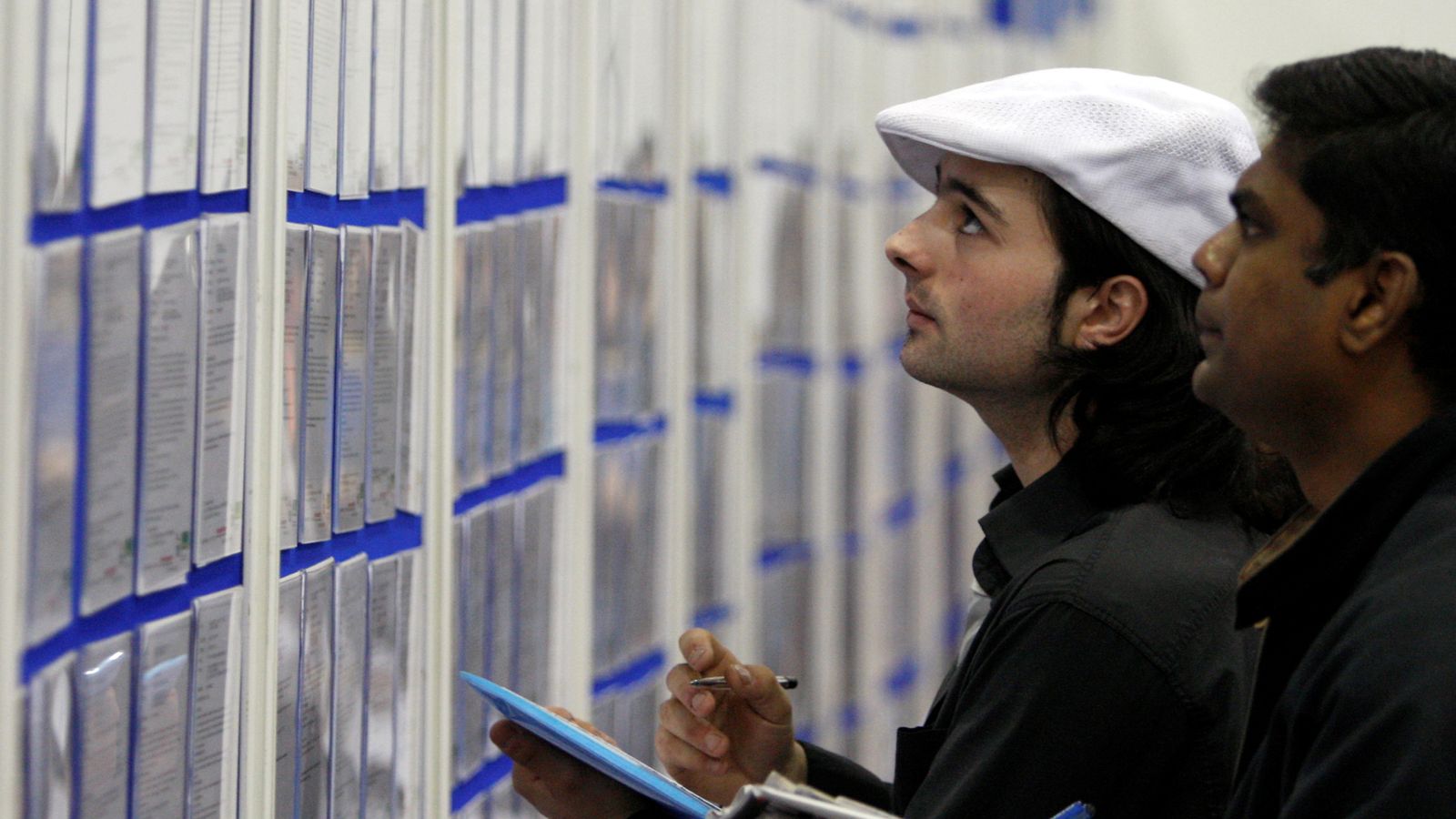 The number of job vacancies has topped 1 million for the first time ever as the economy recovers from the pandemic.

Figures published by the Office for National Statistics (ONS) also showed the number of employees on payrolls rose by 182,000 last month.

Meanwhile the headline unemployment rate, covering the three months to June, slipped back to 4.7% – down from 4.8% the month before.

At the same time annual regular pay growth – a measure that has been skewed in recent months because of the impact of the pandemic on the jobs market – soared to 7.4%.

Chancellor Rishi Sunak said the figures showed the government’s plan for jobs was working, adding: “I know there could still be bumps in the road but the data is promising.”

The figures come after GDP data last week showed the economy bouncing back with growth of 4.8% in the second quarter.

According to the ONS labour market update, vacancies hit a record 953,000 in the three months to July, 168,000 higher than pre-pandemic levels.

Jonathan Athow, ONS deputy national statistician for economic statistics, said: “The world of work continues to rebound robustly from the effects of the pandemic.

“The number of people on payroll was up again strongly and has now grown over half a million in the past three months, regaining about four-fifths of the fall seen at the start of the pandemic.

“Meanwhile early survey figures show that the number of job vacancies passed one million for the first time ever in July.”

Mr Athow added that there was no sign of redundancies starting to pick up as the government’s furlough scheme winds down.