The ‘It’s My Life’ hitmaker has insisted he leads a relatively normal existence off stage, despite being one of the richest rockstars on the planet.

He continued to The Guardian newspaper: “My life is much more normal than one would imagine. There are no platinum records hanging anywhere in my house. The trappings of rock stardom were never a part of my home.”

Elsewhere, the ‘Livin’ On A Prayer’ singer insisted he will never let politics come between him and his bandmates or his fans.

He said: “There are men on my stage who see things differently, but I don’t let our differences come between us. I never wanted to become a captive to the stage. How I live my life’s up to me.”

Jovi performed a cover of The Beatles’ ‘Here Comes The Sun’ at President Joe Biden’s inauguration last week, and he admitted: “I never felt like I needed to sing a song more. It was cathartic.”

And when quizzed on whether he would allow Donald Trump to use his music in his campaigns, the ‘Story of Love’ singer said: “No! No no no! On every issue we wholeheartedly disagree, from how he handled the Covid crisis to immigration to the Paris accord – everything! No! No!” 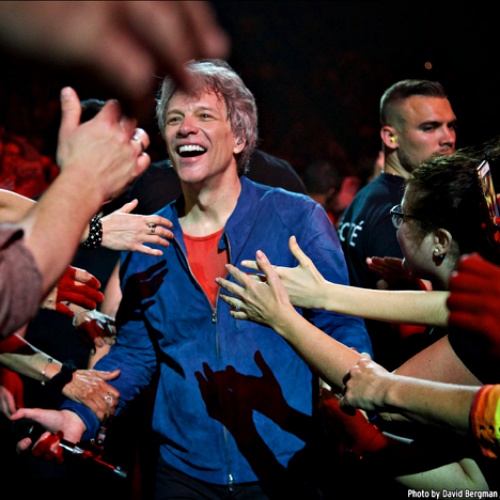