The 33-year-old pop star has teamed up with MelodyVR for the special stripped back show – which will feature the singer in a room on her own with just three cameras – and she is delighted to be performing in some way amid the coronavirus pandemic.

She said: “I miss performing live and connecting with my fans. I really live for those moments…

“So I am really excited to be able to get closer and more intimate than ever before, with a show I am playing virtually with MelodyVR.

“I encourage all my fans to download the app so we can sing and dance together, for this stripped down show experience.

“I don’t believe I have ever played a show like this, just me and only me, for you and only you. A personal serenade in my 360 degree ‘spaceship’ as we blast off into a uniquely unbelievable new kind of concert experience, Live from LA.”

The intimate show will see Kesha performing unique renditions of songs from her latest album ‘High Road’ – which was released in January – as well as hits from 2017’s ‘Rainbow’.

Kicking off the concert with a powerful acoustic take on ‘Praying’, the singer will also treat her fans to performances of ‘A Little Bit of Love’, ‘Raising Hell’ and ‘Resentment’.

The title track from ‘Rainbow’ also gets an airing, before the set comes to an end with ‘We R Who We R’.

Speaking at the start of the show, Kesha says: “Hey! Welcome to my show! Thank you for joining me. So I’m in a room by myself, with three cameras that are 360 cameras, which are you guys…

“So I’m pretending I’m just in a spaceship and I’m singing this whole show just for you.”

Kesha’s ‘Live from LA’ show will be available from August 13 at 11pm BST for free via the MelodyVR app on smartphones and VR headsets. 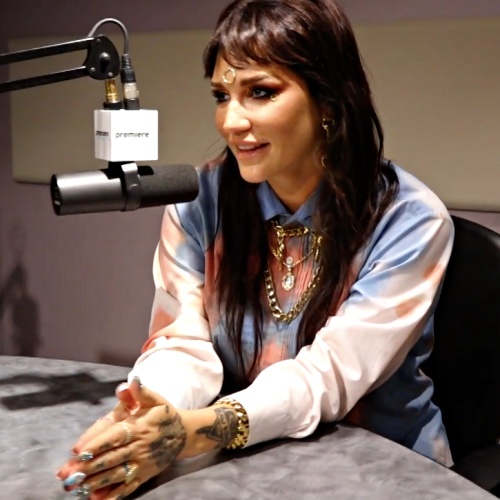 Russia ‘trying to denigrate Biden’ in bid to meddle in US election, says top security official