KSI and Lil Wayne have released their collaboration ‘Lose’.

The ‘Holiday’ hitmaker and the US rap veteran have joined forces on the new track, which the YouTuber-turned music star has hailed as timeless.

Speaking of the track, KSI said: “I can’t believe I’m actually writing this. I have a song with Lil Wayne. If you told me 10 years ago that this was gonna happen, I would have laughed in your face and blocked you from my contacts. But here we are, it’s a reality. Me and Lil Wayne have come together to make a track no one will expect. From the singing chorus to the amazing verses, this is a song that will live on for decades.”

‘Lose’ follows the release of KSI’s second studio album, ‘All Over The Place’, released in July.

The 28-year-old star first rose to prominence as a YouTuber, and after achieving his first-ever UK number one album with ‘All Over the Place’, he recently confessed to being staggered by his own success in the music industry.

He said: “Your boy did it! Finally got it, a number one album – mad!

“Thank you to everyone who has supported me, I wouldn’t have this without you. I’ve been doing music for so long and to finally get this is crazy. Official Charts Company. Number 1. I never thought I’d ever get one of these. I have no right – I’m a YouTuber!”

KSI – who released his debut album ‘Dissimulation’ to acclaim in 2020 – said of collaborating with the likes of Craig David: “Twenty years ago when I was in the car with my parents, we’d listen to ‘Seven Days’ and ‘Fill Me In’ … So I’m like, ‘How have I ended up here?'”

KSI has a huge online following, with more than 13 million subscribers to his YouTube channel.

But he’s insisted that in spite of his fame and popularity, he won’t allow the success to go to his head.

He said: “It’s crazy, like, I don’t even go into studios. A lot of times, I just play the beat over and over and actually just write in my bedroom.”

‘Lose’ is out now on all major streaming platforms. 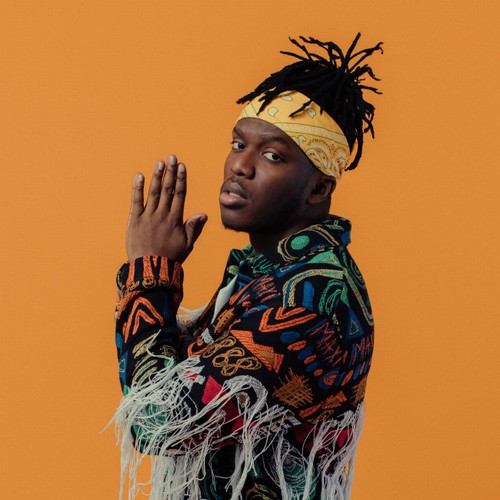