KSI: ‘I was quite introverted when I was a kid’

The latest guest on chart-topping music podcast STRAIGHT UP is KSI, the world-famous YouTuber and musician who counts over 23 million subscribers on his channel, and whose second album All Over The Place recently debuted at No1.

Released today across all streaming platforms, hosts of Straight Up GQ journalist Kathleen Johnston and Telegraph journalist Eleanor Halls speak to KSI all about growing up in a religious household listening to Christian RnB, how he first started making money from YouTube and why he quit school at 16 to pursue YouTubing full time.

Over some Bacardi cocktails, KSI also talks to Straight Up about his favourite cryptocurrency, why fans need to be more respectful of his personal space and how his Tinder account kept getting blocked for catfishing.
Plus, KSI lets Straight Up in on how he met his girlfriend of three years – and how he has managed to keep her identity from prying fans – his reflections on getting cancelled for using a transphobic slur, and whether we will ever see him come offline completely.
KSI on quitting school at 16
I told my teacher what I was earning a month, which I think was around £1500, and he went “Yeah, I don’t even make that.” So I was like damn, OK. I told my mum and I quit school that day.

On what he bought with his first paycheque
An Armani suit that I saw Giggs wearing in Tinchy Stryder’s video Game Over.

On the song that soundtracked his first romance
I was quite introverted when I was a kid. So the idea of me talking to women was just terrifying. But I made a song called Noob about a girl that I was with, but then I decided to break it off because I felt like I wasn’t ready to be in a relationship. It’s a really soppy song. I’ve tried to get rid of it but I don’t own the rights to the song. I need to buy out Island [Records].

On changing his mind about cryptocurrency
I saw it as just a pyramid scheme. I didn’t see it as a real source of making money. It made no sense. Why would they want digital money? And then over time, one of my mates explained to me that this is going to be the future. I did my own research. I have a range of crypto now but I’m heavy on Ethereum.

On dating in the public eye
I was on Tinder four years ago, and I dated a lot. My account kept getting taken down because people thought I was a catfish, which is weird because I just see myself as a normal person. But then I found someone when I wasn’t even looking and we dated for like a year and now I’ve been in a relationship for like three years now. But I keep it quiet. You’d struggle to find out who my girlfriend is. She doesn’t care about fame or money. She doesn’t want to be famous at all. She’s in a completely different industry to me.

On the “price” of fame
I think the lows are just whenever I’m trying to do something, when I’m with my friends or family, and people chime in and come through and want to take a photo. Particularly when I’m eating. And I’m like “bro, I’m eating fam, what are you doing?” It’s just rude. You want me to put down my chicken wing, wipe my hands, just to get up and take a photo with you? It’s ridiculous.

On his “elephant in the room”
I think me being transphobic. That whole thing, I never really understood it. I think in the past, I might have said a word that might have been… well that was a slur. But I didn’t know it was. I just thought that was how that group was called. But now I’ve educated myself. I think there was an audience or a group of people that just kept saying I was transphobic because of that. And if anything, I was just uneducated. And it’s one of the ones where I now know, and a few people just don’t want to let go and don’t want to accept my apology.

On cancel culture
The world is changing so fast. And it’s hard to adapt at times. And you know, normally I try to stay on top of most things, but you know, a few things slip. And obviously a few things that were said years ago come back up. So then you just address it and then apologise. And then make sure your actions speak louder than words. I don’t really want to walk on eggshells. I feel like with cancel culture, it doesn’t allow you to learn, it doesn’t allow you to ever have redemption.

On becoming a father and coming offline
I’ve made enough money now, so for me the next thing is to settle down and chill. To have kids in maybe five plus years. And I don’t think I can be online for that moment. It’s a special moment for you and your kid. I’m not gonna be like, “Hey guys look at my kid!” I don’t want my kids on social media. Not at an early age anyway. I want to try and make it as hard as possible for people to know that I have a kid. 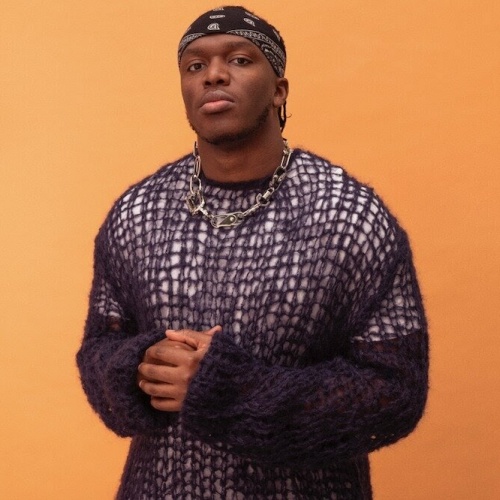 Taliban seize much of Kunduz as group continues push through Afghanistan