The former ‘Coronation Street’ actress shot to fame when she, Myleene Klass, Suzanne Shaw, Noel Sullivan and Danny Foster won a place in the group on TV show ‘Popstars’ in 2001 and the quintet have recently been in contact to discuss their upcoming milestone.

She said: “We’d like to give a little nod to the fact that it’s 20 years.
“What we’ll do, I have no idea.
“But we’d like to do something to mark the occasion – we’ll have to wait and see…

“I’ve been chatting with the guys. We haven’t spoken since Christmas, but we had a couple of Zoom calls during the Christmas period and all wished each other a Happy New Year. We all jump on the call and it’s like we’ve never been apart.”

Though Kym admitted there was tension between the ‘Pure and Simple’ hitmakers during their pop peak, she thinks that’s normal.

She said: “There were a lot of stories in the papers about all the bad things – the arguments and this, that and the other.

“But we also had some fantastic times.
“Of course we had arguments – that’s people – but we did some amazing things in such a short space of time and we’ll always remember that.”

Despite Kym’s comments, Myleene recently insisted she didn’t want to be involved in a reunion because it would be a “backwards” step.

She OK! magazine: “They asked me. I told them, ‘Go forth, with my blessing.’

“Look at where we are. We are mothers of blended families and second marriages and Kym’s a granny. It’s a lifetime ago.

“If I go backwards, I won’t know who I am. I hope it works. I will be cheering the loudest.” 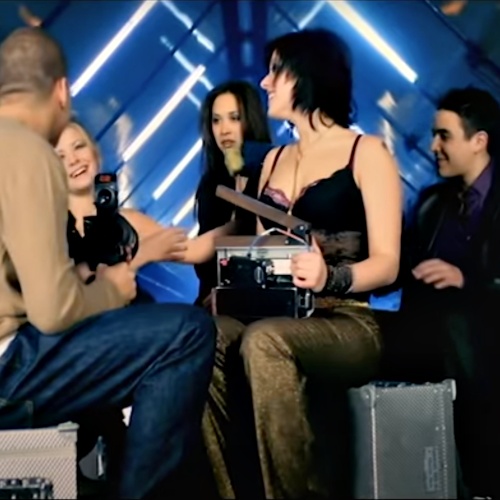