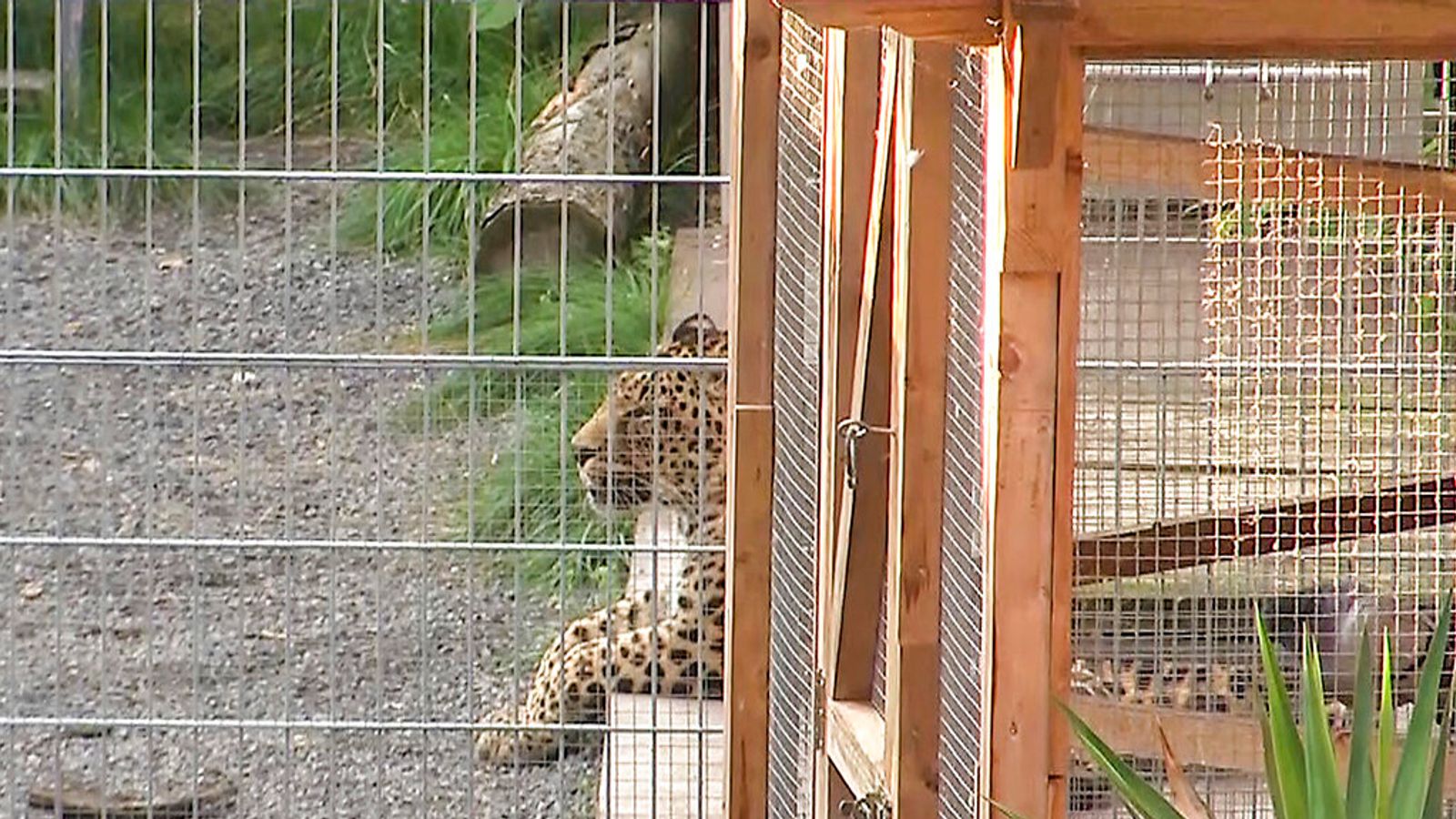 A model has been left with severe head injuries after being attacked by a leopard during a photoshoot in its enclosure in eastern Germany.

The woman, 36, was posing inside the cage at a private retirement home for show animals on Tuesday.

She was taken to a specialist clinic by helicopter after being injured by the big cat in Nebra, in the state of Saxony-Anhalt.

The woman has been named as Jessica Leidolph from Thuringia, in central Germany, according to Bild newspaper.

It was initially feared the leopard had escaped its enclosure and was roaming freely – prompting emergency services to issue a stay at home alert.

But the warning was lifted after 15 minutes, with authorities in Burgenland district saying the animal was never outside its enclosure – and there was no danger to the public.

The sanctuary is reportedly home to two leopards aged 16 and 18, named in reports as Troja and Paris, as well as other animals.

The leopards are said to have been previously used in adverts for plasma TVs.

The owner and animal handler, 48, is being investigated by police on suspicion of negligent bodily harm, according to dpa.

She has owned the leopards since 2019 and worked for 20 years as an animal trainer for circuses and amusement parks, the news agency reported.

Authorities in Burgenland said the state does not legally limit keeping leopards.

Vets in the district are only responsible for checking whether an animal’s accommodation meets legal requirements.

A district vet visited the leopards on 3 August, when both animals were “apparently healthy” and behaved “appropriately and inconspicuously”.

An inspection of the enclosure on 18 August did not reveal any structural defects, authorities added.

A statement on the Burgenland district website said: “Previous attempts by the veterinary office to move the animals on a voluntary basis with the animal owner were unsuccessful.

“The veterinary office has tried several times in the past to place the old animals in zoological parks. This also included inquiries to zoological parks abroad. These attempts were unsuccessful.

It added a further site visit is due to take place.