The iconic group’s former lead guitarist – who was ousted from the band in January 2018 – appeared in the first episode of an all-new series by the famous guitar brand called ‘Re-Creation’.

Lindsey showed off the impressive stringed instrument – which boasts a larger body shape, a Tim Shaw-designed Humbucking Pickup, and four new acoustic voicings – by performing a version of the hit he penned for their seminal 1977 LP ‘Rumours’.

The song was famously written in the wake of the breakup of his relationship with frontwoman Stevie Nicks.

A press release states that: “‘Re-Creation’ is a new content series by Fender which will see some of the world’s leading artists, players, producers and music-makers reimagine classic songs with the new technology of the American Acoustasonic Jazzmaster.”

Meanwhile, Mick Fleetwood recently revealed he has reconciled with Lindsey

The drummer “re-connected” with his former bandmate and said they’d been “beautifully honest” about their situation.

The 73-year-old sticksman said earlier this month: “I’ve really enjoyed being re-connected with Lindsey, which has been gracious and open. And both of us have been beautifully honest about who we are and how we got to where we were.”

Despite previously ruling out a reunion with Lindsey, 71, Mick has admitted he would love to see him play with the band again for a reunion tour, but admitted it’s a “far-reaching” ambition.

He said: “Strange things can happen. I look at Fleetwood Mac as a huge family. Everyone plays an important role in our history, even someone like [early ’70s] guitarist Bob Welch, who was huge and sometimes gets forgotten.

“Lindsey’s position in Fleetwood Mac will, for obvious reasons, never been forgotten, as it should never be forgotten.”

Mick continued: “My vision of things happening in the future is really far-reaching. Would I love to think that [reunion] could happen? Yeah. I’d love to think that all of us could be healed, and also respect the people who are in the band, Neil Finn and Michael Campbell.”

In a previous chat, Mick had said when asked the same question about the possibility of Lindsey returning: “No. Fleetwood Mac is a strange creature. We’re very, very committed to Neil and Mike, and that passed away a time ago, when Lindsey left. And it’s not a point of conversation, so I have to say no.” 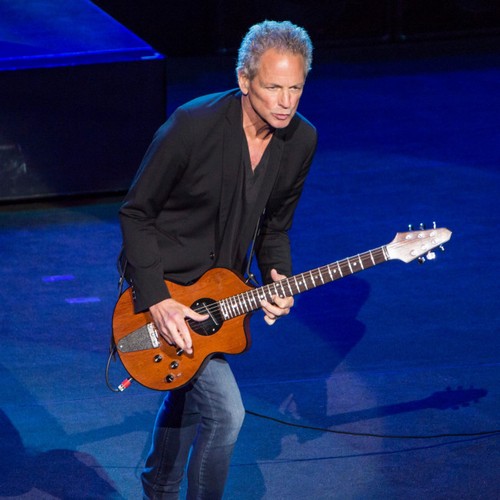 Experts savour £4,000 bottle of wine that spent a year in space – and reveal what it tastes like