Lizzo breaks down over Rumors backlash

Lizzo became emotional as she addressed the criticism she has received about her new single Rumors during an Instagram Live on Sunday.

In the 13-minute clip, the Good As Hell hitmaker discussed the negativity she has endured since the collaboration with Cardi B premiered on Friday, hate she characterised as “fatphobic” and “racist.”

“People saying s**t about me that just doesn’t even make sense. It’s fat-phobic, and it’s racist and it’s hurtful,” the 33-year-old said, beginning to get choked up. “If you don’t like my music, cool. If you don’t like Rumors the song, cool. But a lot of people don’t like me because of the way I look.”

The Grammy winner explained how the criticism affects her mental health, admitting that she feels the positivity she puts out into the world doesn’t seem to come back her way.

While she decided to not quote any of the specific comments she’s received, Cardi B opted to respond to the criticism directly on Twitter. When one user said the song was a “flop” and played into “mammy” archetypes, the rapper called their bluff.

“Rumors is doing great. Stop trying to say the song is flopping to dismiss a woman emotions on bullying or acting like they need sympathy (sic),” the WAP rapper wrote. “The song is top 10 on all platforms. Body shaming and callin her mammy is mean & racist as f**k.”

In a separate tweet to a user criticising Lizzo for getting emotional, Cardi continued, “When people callin you ‘mammy’ cause your a black woman makin pop music and thousands of people callin you names it gets to you (sic).”

The music video for the song shows the two superstars donned in gold, with references to Greek goddesses and architecture. Lyrics for the hit describe a variety of rumours and controversies Lizzo and Cardi B have endured since their rise to stardom, including a reference to criticism Lizzo received after revealing she did a juice cleanse last year. 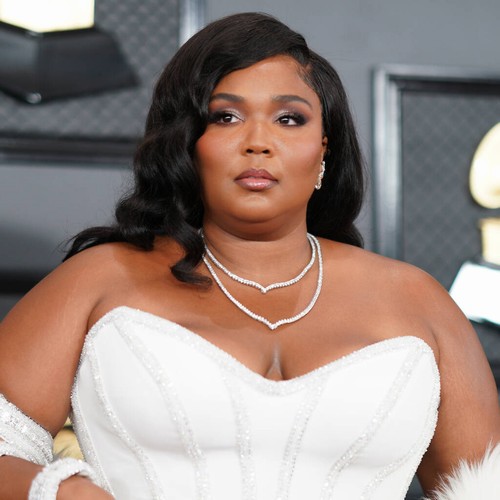 ‘It’s all about respect’: People Just Do Nothing stars on cancel culture and their new film

‘Was it worth it?’: Afghanistan veteran who lost both legs says Taliban takeover is ‘devastating’