Lorry driver charged after ‘trying to smuggle migrants out of UK’ 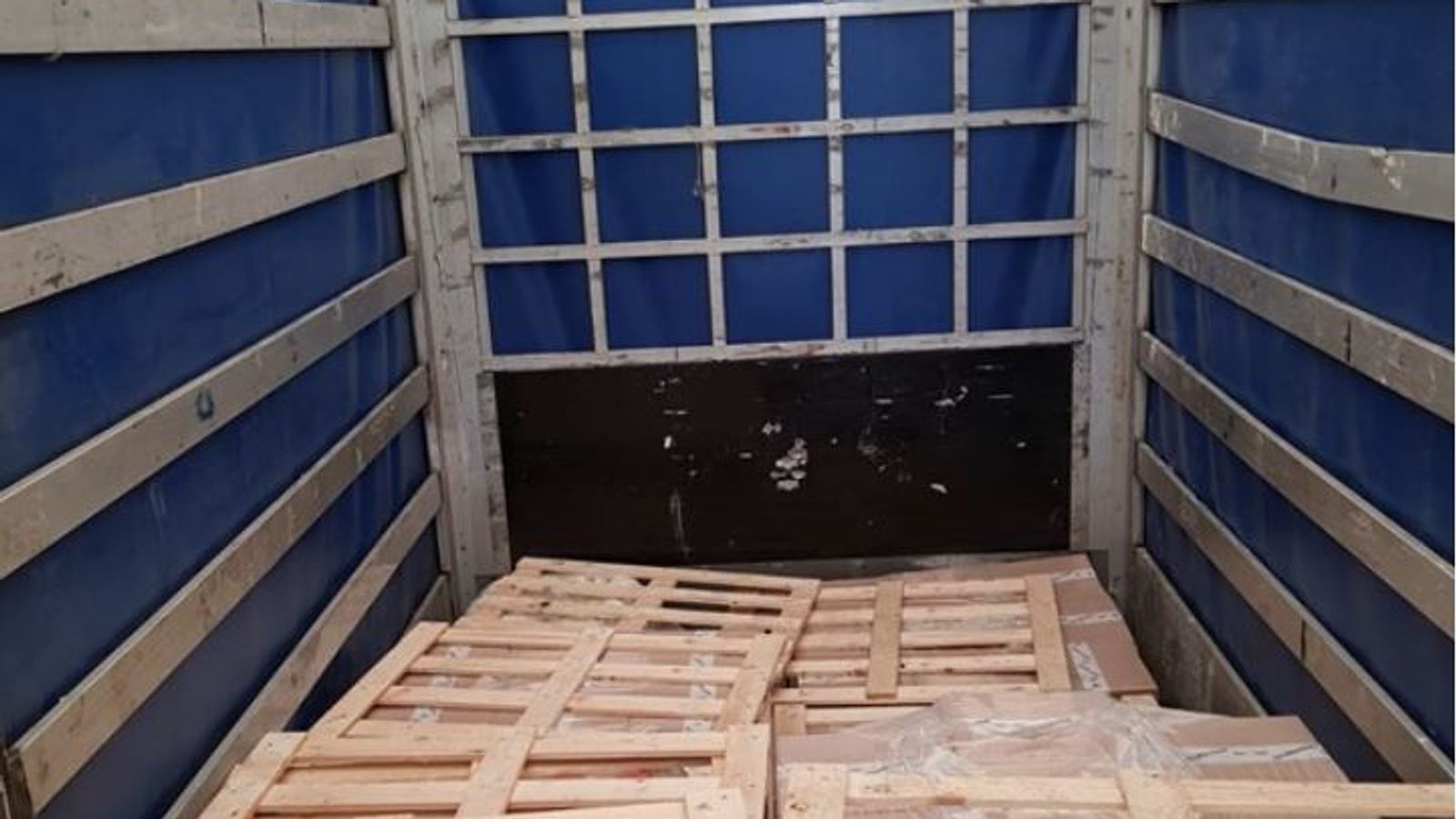 A lorry driver suspected of trying to smuggle people out of the UK has been charged with assisting illegal immigration.

Hakan Zengin, 36, was held after his vehicle was stopped at the M25’s junction with the A3 on Sunday afternoon, the National Crime Agency (NCA) said.

Seventeen migrants were found in the lorry’s trailer, sitting on pallets that had been laid across the load to accommodate them, the agency added.

They were from countries including Morocco, Algeria and Pakistan.

All of them were arrested on suspicion of immigration offences and are being “dealt with by the immigration authorities”, the NCA said.

Zengin, who is Turkish, is “accused of trying to smuggle them out of the UK and into mainland Europe”, the agency added.

His arrest is part of an investigation into people smuggling.

Zengin was remanded in custody after appearing before magistrates in Wimbledon on Tuesday, and is due before Kingston Crown Court next month.