Motorists are facing severe delays on the M6 after a lorry crashed through the central reservation and caught fire.

The UK’s longest motorway remained closed in both directions in Staffordshire at Wednesday lunchtime following the accident, which happened shortly after 12.30am.

West Midlands Ambulance Service (WMAS) said it was “incredibly lucky” no one was seriously injured after the lorry overturned and caught fire on the southbound carriageway near Gailey and Stafford. 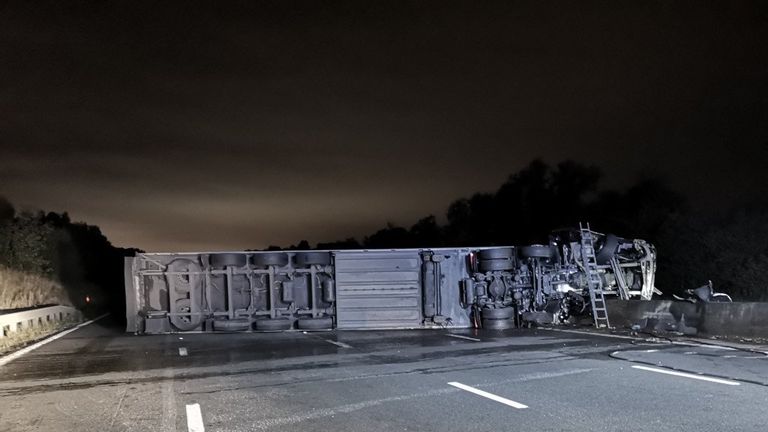 A WMAS spokeswoman said: “The driver of the lorry, a man, was already out of the vehicle when the ambulance crew stopped to render aid.

“He was assessed on scene and treated for relatively minor injuries before being taken to Royal Stoke University Hospital as a precaution.

“Considering what happened, it’s incredibly lucky that no one suffered serious injuries.” 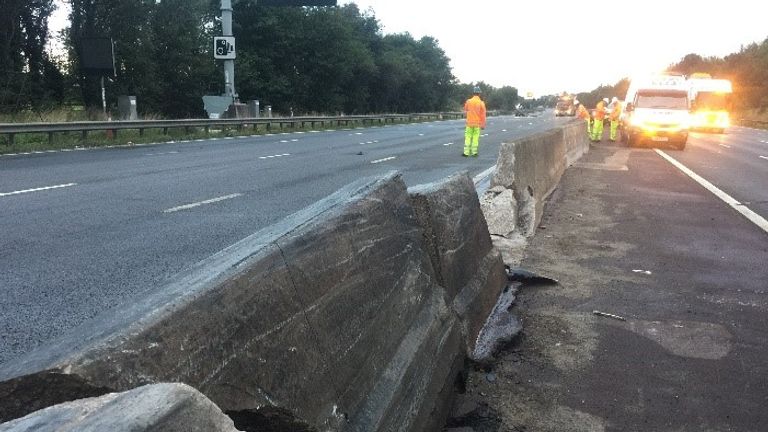 Drivers were told to expect “significant” delays of over an hour in both directions as they approached the closed part of the motorway between junctions 12 and 13. 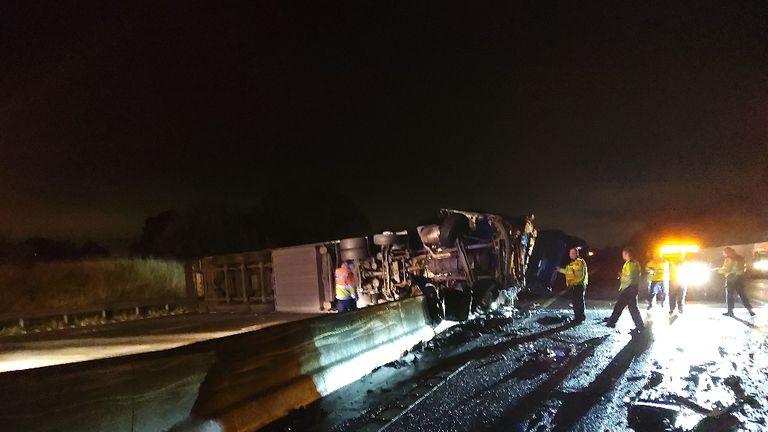 Highways England said both carriageways had been shut to allow the severely damaged HGV to be recovered.

Repairs were also needed to the concrete barrier and road surface. 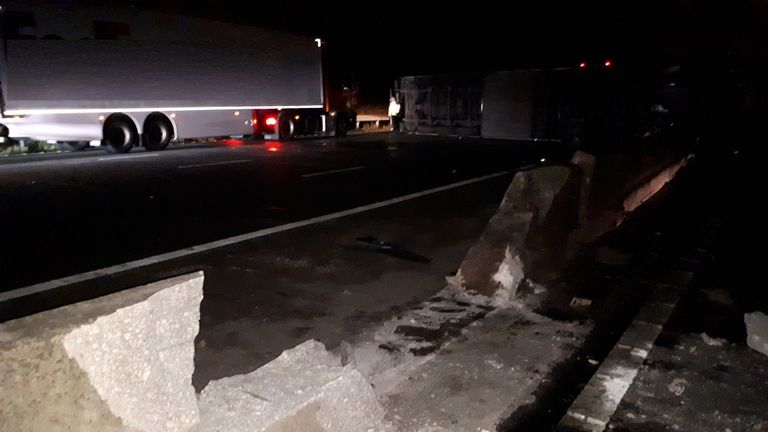 A Highways England statement said it was attempting to open up two lanes on the southbound carriageway once the lanes become free of debris.

“The northbound will remain closed until it has been resurfaced to make it safer for our customers to use,” it added.