Madonna has teased fans with a new film project, a music-orientated script she is developing with Tully screenwriter Diablo Cody.

The pop icon took to Instagram on Friday to share a black-and-white video, in which the pair sit together on a sofa. Cody takes notes on her laptop, while Madonna gives her feedback and snacks on nuts.

The Into the Groove hitmaker captioned the post: “When you’re stuck in a house with multiple injuries what do you do? Write a Screenplay with Diablo Cody about… ” along with a string of book, music, and film-related emoji.

In the clip, Madonna can be heard telling Cody: “All these details are important. They’re important.”

Although no further details have been revealed, the video contained enough hints to spurn speculation among fans that Madonna is working on a biopic.

Elsewhere in the footage, Cody and Madonna discuss an outfit the 61-year-old wore on her Blond Ambition World Tour.

“The garters were over the suit bottoms, right?” Cody asks.

“Straight pin-striped pants sit beneath the corset, it’s cut high-waisted on the leg, the garters come down here, cone bra zipped up the front and then the double-breasted suit coat goes over it,” Madonna replies, adding, “Et voilà, an iconic costume,” before sticking two nuts up her nostrils.

The teaser has been posted amid reports that Madonna will sign an eight-figure deal to return to Warner Records, where she began her career. The singer split with her former label, Interscope Records, after last year’s release of her Madame X album. 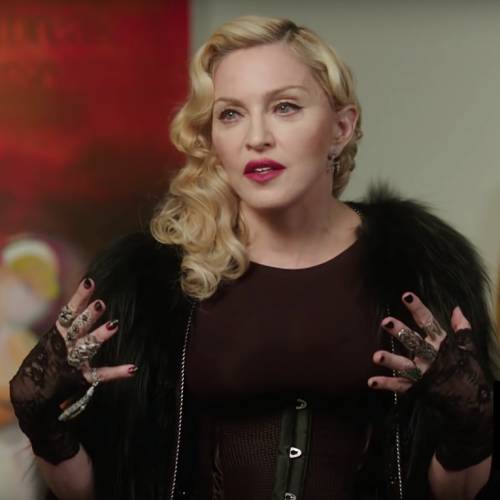 Corey Taylor confirms Stone Sour are on an ‘indefinite hiatus’