Madonna has paid tribute to her Desperately Seeking Susan co-star Mark Blum who has died after contracting coronavirus.

The Queen Of Pop called Blum “a remarkable human” and said his death served as “another reminder that this virus is no joke”. 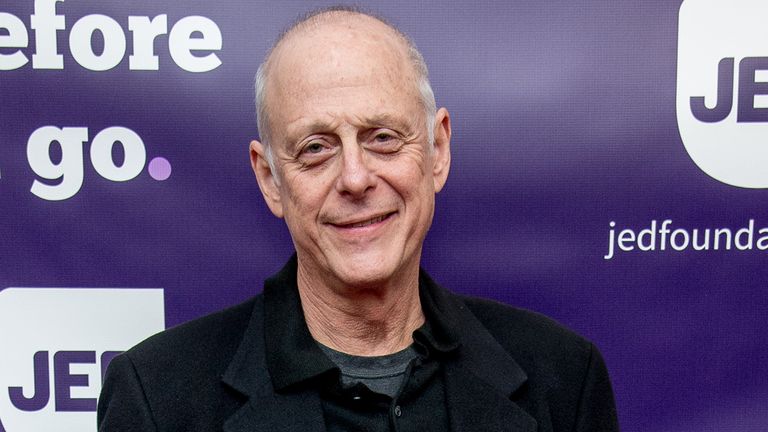 Image: Blum was hailed as a ‘remarkable human’ by Madonna

Madonna wrote: “I want to acknowledge the passing of a remarkable human, fellow actor and friend Mark Blum, who succumbed to coronavirus. This is really tragic and my heart goes out to him, his family and his loved ones.

“I remember him as funny warm, loving and professional when we made Desperately Seeking Susan in 1985!!

“Another reminder that this virus is no joke, nothing to be casual about or pretend won’t affect us in some way. We need to stay grateful – be hopeful – help each other – and follow the quarantine rules!”

Rosanna Arquette, who won a BAFTA for her performance in Desperately Seeking Susan as Roberta Glass, who was married to Blum’s character Gary, posted a video on Instagram, saying how “grateful” she was to have worked with him.

She called Blum “an extraordinary actor, who was fun and a kind, kind man”.

Aside from his role in Desperately Seeking Susan, Blum was probably best known for his turn as newspaper editor and love rival in Crocodile Dundee alongside Paul Hogan.

Blum had recently worked in several of their plays, with the theatre company paying tribute by saying: “Those of us lucky enough to have known him will treasure our memories of a gifted actor, a master teacher, a loyal friend, and a beautiful human.”

With love and heavy hearts, Playwrights Horizons pays tribute to Mark Blum, a dear longtime friend and a consummate artist who passed this week. Thank you, Mark, for all you brought to our theater, and to theaters and audiences across the world. We will miss you. pic.twitter.com/NMVZFB5hPb

Blum also appeared on the Amazon series Mozart in the Jungle and was in the Netflix crime drama You.

His death linked to coronavirus is not the first to have rocked Broadway, with multi-Tony winning playwright Terrence McNally dying from COVID-19 related complications earlier this week.

How the US is becoming the new COVID-19 epicentre