Majority of Euro 2020 racist abuse came from UK accounts and 99% were not anonymous, says Twitter

Twitter has said that “the UK was – by far – the largest country of origin” for racist abuse sent to England footballers following the team’s loss in the Euro 2020 finals on 11 July.

The social media company added that 99% of the accounts which it suspended over the abuse were not anonymous.

It follows suggestions by England manager Gareth Southgate that much of the abuse was originating from abroad.

Following the tournament, Southgate described the abuse as “unforgivable” and said: “I know a lot of that has come from abroad. People that track those things have been able to explain that. But not all of it.” 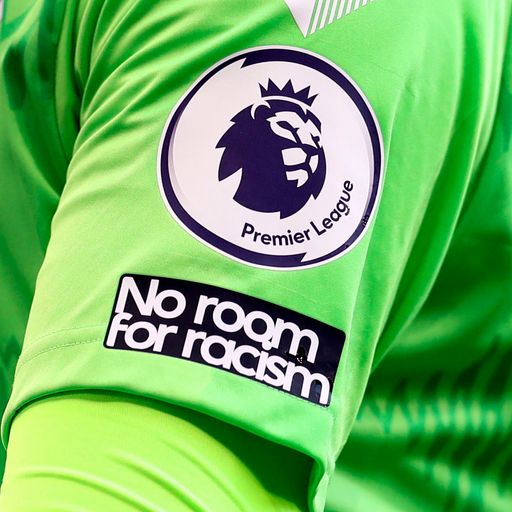 Why is it so difficult to stop abuse on social media?

Before the finals, back in April, players and clubs boycotted social media entirely to protest the levels of abuse aimed at people in football.

Two major requests were made of social media platforms, firstly that: “Messages and posts should be filtered and blocked before being sent or posted if they contain racist or discriminatory material.”

And secondly is that “all users should be subject to an improved verification process that (only if required by law enforcement) allows for accurate identification of the person behind the account”.

In a blog post published on Tuesday, Twitter argued “that ID verification would have been unlikely to prevent the abuse from happening”.

The company said this was because “the accounts we suspended themselves were not anonymous. Of the permanently suspended accounts from the tournament, 99% of account owners were identifiable.”

Twitter said that only 2% of the tweets it removed following the final had generated more than 1,000 impressions – something the company shared as an indication of its efforts to “quickly identify and remove racist, abusive tweets targeting the England team”.

After Trump’s ‘rotten’ Afghan deal, what incentive is there for Taliban to negotiate?