A 18-year-old man stabbed to death had been attacked during a knife awareness course run by the local council.

He was killed in a fight at Hillingdon Civic Centre in High Street, Uxbridge, west London, on Thursday afternoon.

Police believe the attacker and the victim knew each other.

A third person, in his teens, suffered a non-life-threatening stab wound while trying to break up the fight and has been praised by police for his bravery. 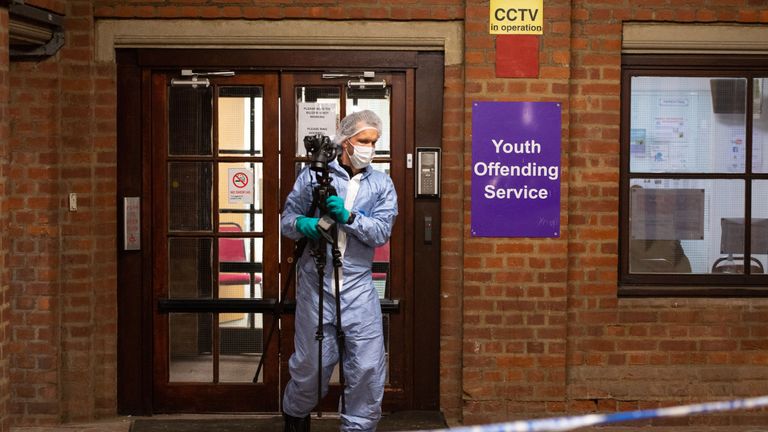 Image: The killing happened during a knife awareness course

The victim’s mother had dropped her son off at the knife awareness session 50 minutes before the deadly attack.

Officers were called to reports of a stabbing at a youth offending service in the centre shortly before 4.40pm where the teenage victim was found with a critical stab injury.

He was taken to a west London hospital, where he died shortly before 5.30pm.

A 17-year-old boy has been arrested on suspicion of murder.

The Metropolitan Police said a group of young people were attending a by-appointment event at the youth offending service in the centre when a “very quick altercation” broke out between two individuals.

Detective Chief Inspector Noel McHugh, who is leading the murder investigation, said the killing was “an absolute tragedy”.

He added: “A young man with his whole life ahead of him has been fatally attacked and his family are absolutely devastated.

“We are doing everything we can to find those involved. What we know so far is that a fight broke out between males at the location and as a result this young man received fatal injuries.

“A second independent male bravely tried to intervene to break up the fight and as a result was also stabbed.” 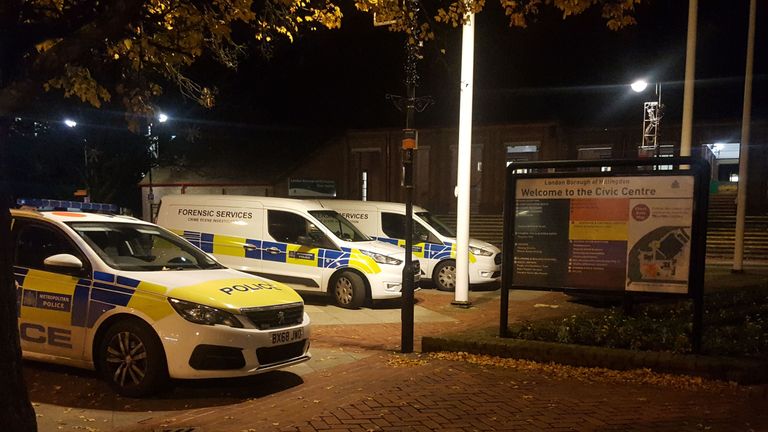 Image: Police believe the attacker and the victim knew each other

Hillingdon Council tweeted: “Following yesterday’s tragic incident at High Street, Uxbridge, an investigation is being carried out by the police and we are unable to comment further at this time.

“Our thoughts and deepest sympathies are with the victim’s family.”

DCI McHugh has appealed to people who may have captured footage of the incident to share it with the police.

Kesha doesn’t want to be seen as a ‘tragedy’