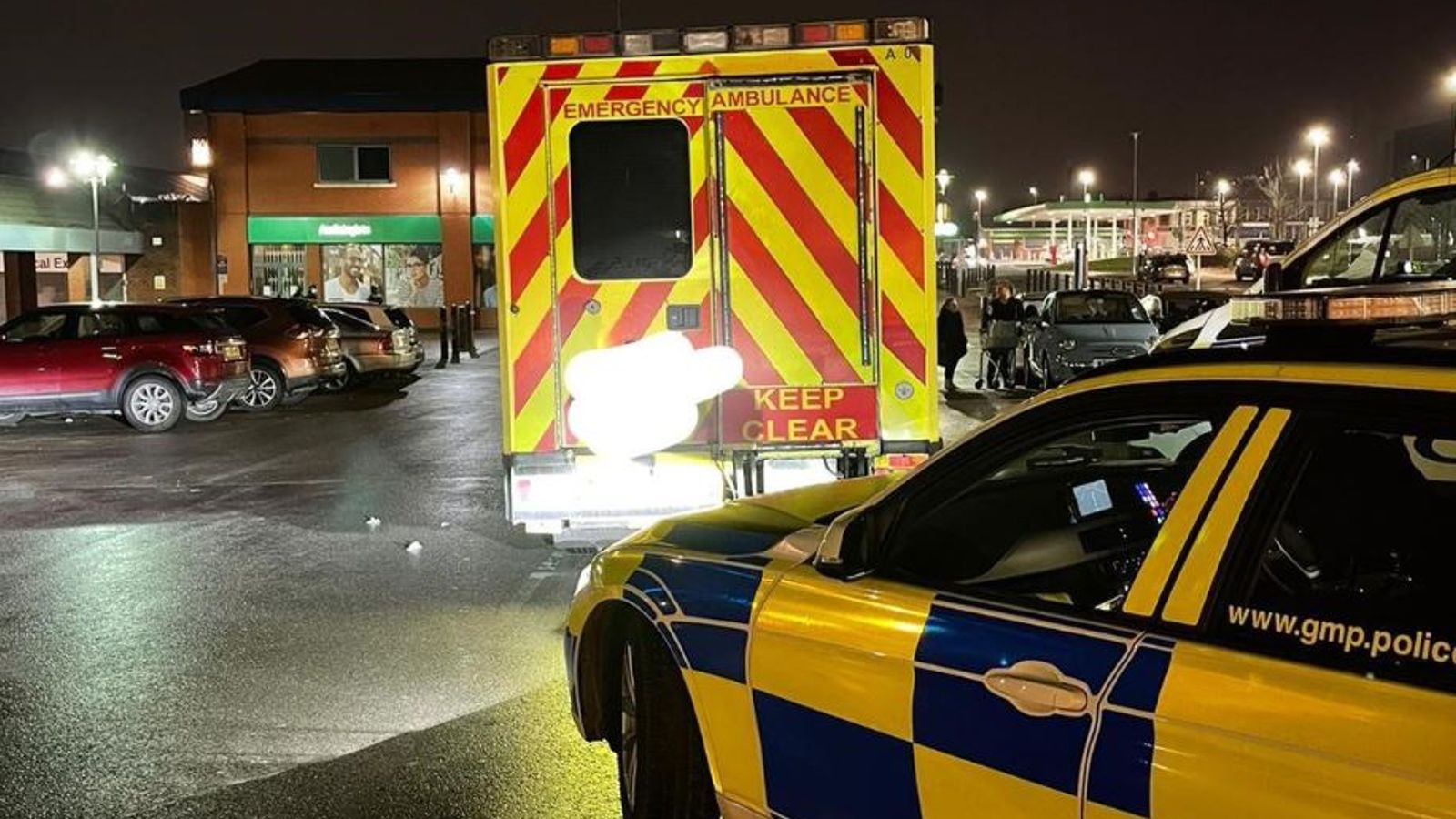 Greater Manchester Police have charged a 32-year-old man after an ambulance pulled into an Asda with the emergency lights flashing.

Officers in Harpurhey said they saw the occupants of the emergency vehicle – a family – go into the supermarket to do their shopping at around 10pm on Wednesday.

A spokesman for Greater Manchester Police said: “Blessing Mukaukirwa, 32, of no fixed abode, has been charged with single counts of driving while disqualified, driving without a licence, driving without insurance, using a vehicle with unauthorised blue lights and failing to appear at court.

“He has been remanded in custody and is to appear at Manchester Magistrates’ Court today.”

Traffic officers had earlier tweeted that the vehicle arrived at the supermarket with its blue lights flashing, and that the occupants went inside to do their shopping.

After being tracked down, the ambulance – believed to have been bought second hand – was then seized.

‘Nobody will tell us what it’s all meant to be about’: PM questions Scottish independence vote