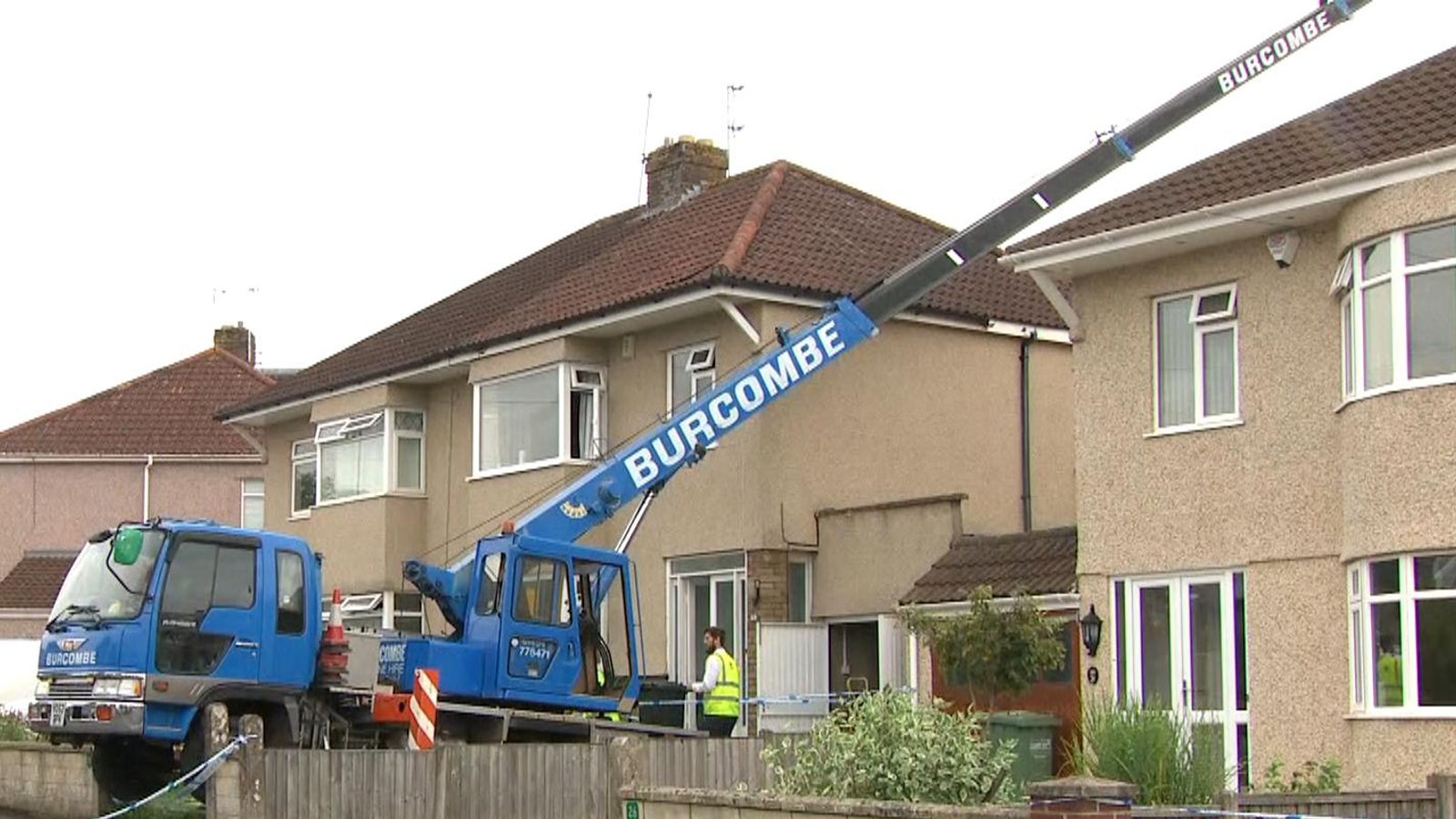 A man in his 70s has died after a hot tub fell from a crane in a residential area, Sky News understands.

Officers were called to an address in the Mangotsfield area of Bristol on Monday morning.

The man had been seriously injured by a heavy load and was pronounced dead at the scene, Avon and Somerset Police said.

Sky News understands the item that fell from the crane was a hot tub.

A police spokeswoman said: “We were called at 9.26am today to assist the ambulance service at a residential address in Mangotsfield after a man was seriously injured by a heavy load which had fallen from a crane.

“His next of kin have been informed and our thoughts go out to them.”

The Health and Safety Executive is also carrying out an investigation into what happened.

At the time of the incident, firefighters were on hand to help, along with police officers and paramedics.

“Our thoughts go out to the man’s family and friends at this sad time.”

The ambulance service arrived with multiple resources, including an air ambulance and the Hazardous Area Response Team, but the man could not be saved.