A husband with terminal bowel cancer fears the coronavirus outbreak means he’ll never hug his wife again – and has begged the British public to respect the lockdown so he might get to live a normal life for a short time before he dies.

Simon Cowls and his wife Ali bought a humble campervan to create some final memories together. This month, they were due to set off from their Devon house on their dream roadtrip through the British countryside.

Instead, Mr Cowls spends each night alone in the van, parked in their backyard, in an effort to shield his vulnerable immune system from the threat of coronavirus. 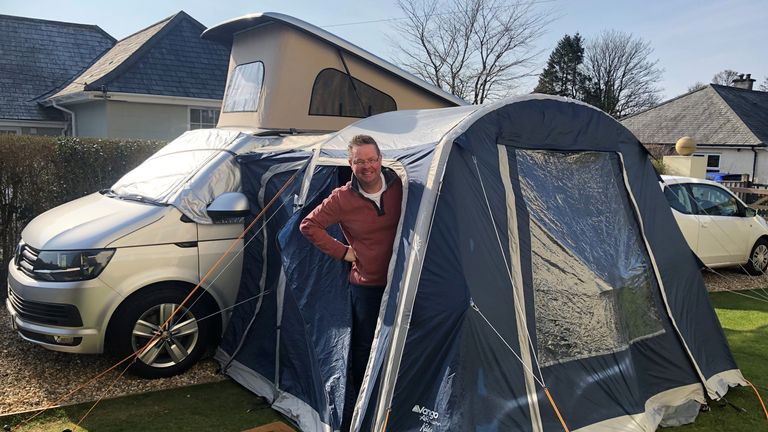 Image: Simon Cowls sleeps in the pullout tent of his campervan to sheild himself from society

He kisses his wife goodnight via Skype.

The 51-year-old is on antibody treatment that puts him in what the NHS has classified as the highest risk group, forcing him to self-isolate – even from his own wife – for 23 hours a day.

When he does see her for one hour, he has to sit across a table.

Now he is begging the “pockets of people” still panic buying to stop, and those not obeying the lockdown to stay in their homes, so that all of this might be over sooner.

“I’m already feeling pretty down in the dumps. I know I’m going to die, and I have the worry of coronavirus on top of it,” he told Sky News.

“Now I don’t have the person who loves and cares for me around me either. It’s hard, it’s my wife. I need a cuddle.”

Through tears, he continued: “It really annoys me when I see people who think they’re invisible, carrying around like their lives are normal,” he said.

“You can’t do that, you’re going to kill people. If you don’t get it you’ll give it to your grandma or your mum – I don’t know what it’s going to take for people to listen. If I get this it will kill me, and I have other friends who have it and are fighting for their lives.”

The pandemic has amplified the already-immense stress of being terminally ill, stripping away the “big line of support” the NHS provided as surgeries close, resources stretch and supplies run low.

“Suddenly you feel vulnerable, you feel isolated,” he said. 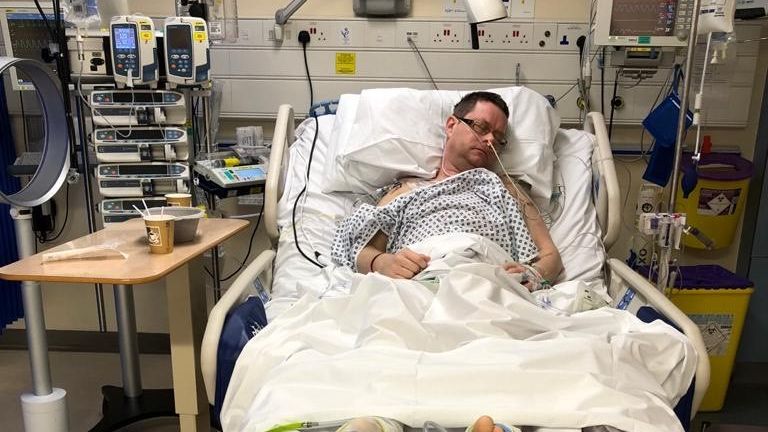 Image: Simon has lived with bowel cancer for four years, and it has spread throughout his body Image: They recieved one of the government’s first 50,000 care boxes, prioritised to society’s most vulnerable

Mr Cowls said his GP recently expressed concern over the phone that people were stockpiling medication in the same way they had done with toilet paper, which posed a risk to the supply of his life-saving medication. “I will die without it,” he said.

“Luckily there are lots of community groups who can pick it up for me so I’m yet to put in my first online order, but when I do we will see how long that takes.”

He also faced delayed treatment as his doctors weigh up the risk of continued therapy, which would further weaken his immune system amid the coronavirus threat, against the risk of stopping treatment and allowing his tumours to spread quicker. Image: Ali quit her job as a nurse in the NHS to look after Simon

This weekend, Mr Cowls received one of the government’s first 50,000 food parcels sent to the country’s most vulnerable to help them self-isolate for a mandatory period of three months. 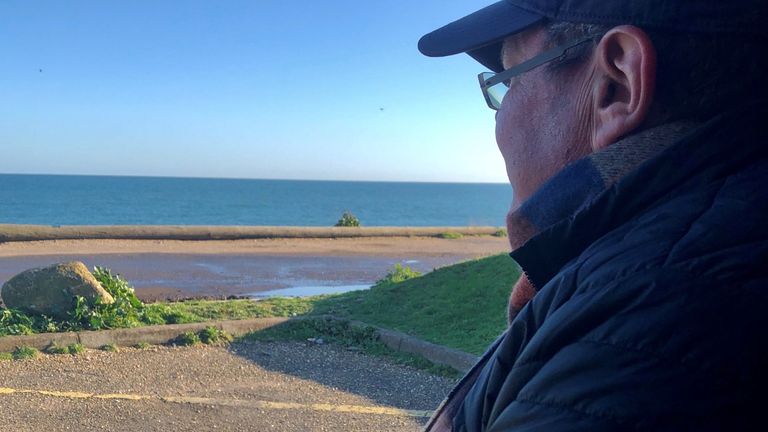 Image: Simon loves the outdoors and wants to explore much more of the UK

The support is crucial to Mr Cowls as it means his wife no longer has to leave the house and can fully self-isolate. After two weeks, they can re-assess how much contact they can have.

He said the free boxes were due to be delivered once a week, but that he wanted to see the weeks-long wait for online orders for supermarkets shortened so that the boxes could instead “be delivered to people more financially in need”.

Mr Cowls hopes to survive the three months of shielding from society and longs for the day he does not have to video chat his wife from the lonely campervan.

“This is the time at the end of my life where we should be enjoying ourselves, creating memories, seeing loved ones,” he said.

“We want to have everyone help flatten the curve of deaths so we, and others, can do that.”

Mrs Cowls, who recently left a decades-long career in the NHS to spend time with her husband, had a similar message.

“Every extra day we have is precious,” she said.

“We want to get through this, to drive our campervan through Scotland and Normandy in the north of France.”

“We want to go to historic places and sit on the beach with a cup of tea in warmer weather and let Simon see everything this beautiful country has to offer.”

“All we are asking is for everyone to sit still for a while, and maybe soon we won’t have to live in as much fear.”