Martin Gore: Buying a synthesiser got me into Depeche Mode

Martin Gore doesn’t think he’d be in Depeche Mode if he hadn’t bought a synthesiser.

The ‘Personal Jesus’ group’s multi-instrumentalist has recalled how he came to be a member of the industrial trio – which is also comprised of Dave Gahan and Andy Fletcher – in 1980, and admitted that if he didn’t fall in love with the instrument and end up buying himself one when he was a teenager, he may have not been asked to join the band.

He told Rolling Stone: “Well, I think I must have been about 18, and one of my friends had a synthesiser. He lent it to me for a week, and I just fell in love with it and just loved the different sounds you could make with it. So I bought one. And I think if I hadn’t done that, I probably wouldn’t have been in Depeche Mode, because at the time, Vince [Clarke, former member] and Andy [Fletcher] were just starting a band. And Vince played guitar, and Andy played bass. And when they heard that I had a synthesiser, they asked me to join. So had I not bought it, I might not have made it into the band.”

Elsewhere, Martin – who releases his new solo EP, ‘The Third Chimpanzee’, on Friday (29.01.21) – admitted it was a huge “honour” being inducted into the Rock and Roll Hall of Fame last year with Depeche Mode.

He added: “It’s obviously a great honour. Yeah, it’s nice to be recognised. And believe it or not, I was kind of sucked into music by the original rock & roll, the early pioneers, because that’s what my mum had in our record collection.

When I was 10, that’s the music I discovered. I used to play those records to death for years and years until I left home. I think [Depeche Mode] is just about old enough to catch the coattails of it. So it’s nice to be inducted into the same Hall as all those people that are listened to so much.” 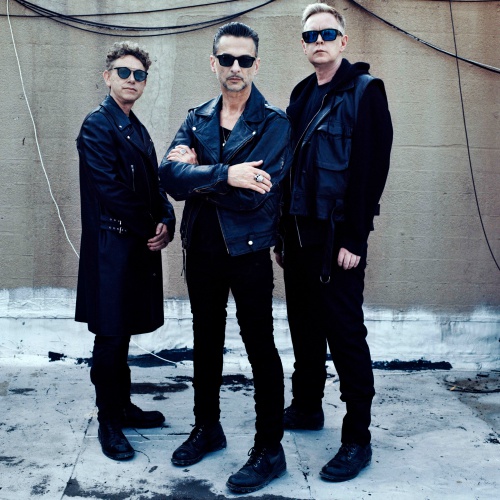 Justin Bieber to release a new album on March 19

Germany says Oxford jab should not be given to over 65s

‘Nobody will tell us what it’s all meant to be about’: PM questions Scottish independence vote