Mental health checks for all new dads ‘should be routine’

Charities are calling on the NHS to introduce routine checks on the mental health of all new fathers in order spot those who may be suffering from post-natal depression.

Currently there is no requirement for routine screening for men, despite a study by the National Childbirth Trust which shows nearly 40% of new dads have concerns about their mental health.

There is a lack of research into how many new fathers suffer post-natal depression, but one study in 2010 suggested around 10% suffer from the condition.

However, only fathers whose partners have a history of anxiety, depression or more severe disorders are offered a comprehensive mental health assessment.

Campaigners want those checks to be broadened out to all new fathers. 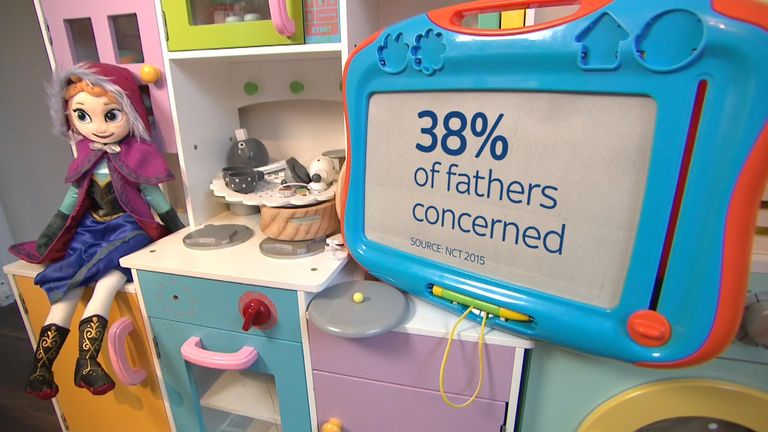 Image: Nearly 40% of new dads have concerns about their mental health, study shows

She told Sky News there is little equality in mental health checks between mothers and fathers.

Sasha said checking-in on a father’s mental health after a birth, already done by heath visitors for women, should become routine.

“How are they in terms of how they experienced the birth? How was their mood? Check if there’s information about historical mental health issues, so we know if dad has a history of mental health depression.

“It’s about checking in with him about how he is feeling now. Health visitors do that, but that’s if they catch up with the dads… a lot of dads have gone back to work after two weeks.”

The Bluebell charity has recently set up a new support group called Dads In Mind, specifically aimed at new fathers who are struggling. 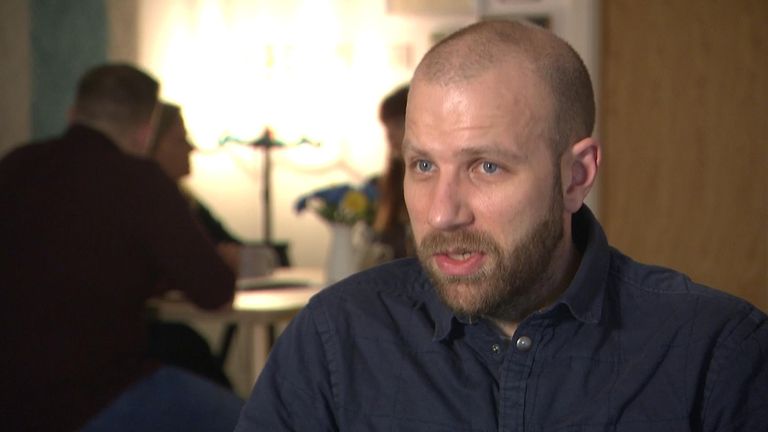 Andy Chambers, who runs one of the groups in Bath, said: “Men do struggle more to talk. You do get a real cross-section of people coming. Some will open the flood gates when they come through the door, others will just sit and listen for two hours and not contribute and that’s totally fine. For us it’s about normalising the conversation.

“We still have some stigma around man-up and be a man about it, but we don’t live in that world anymore – it’s not how it is.”

One man who did open up is Ross Hunt from Wales. 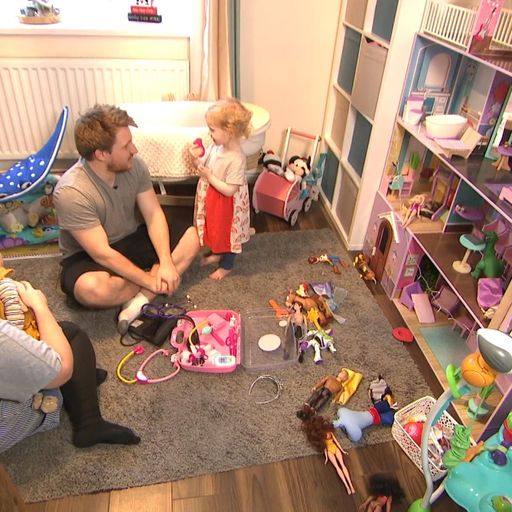 ‘I didn’t love my daughter’

He was diagnosed with post-natal depression shortly after the birth of his first child with his wife Rachel.

They had been planning to have children for years and were excited about the arrival of Isabelle.

But Ross told Sky News it wasn’t joy he felt when the midwife delivered his daughter.

“I was expecting this full rush of emotion that your get, the whole holding the finger and you love them unconditionally. But I didn’t get that, I just felt a bit numb. I felt nothing really. 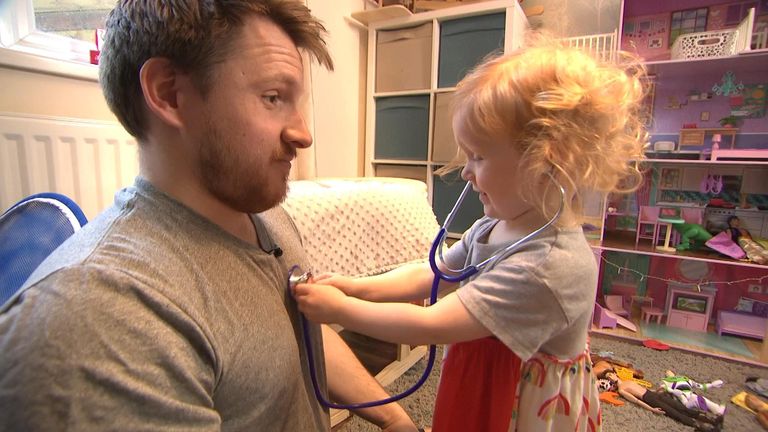 Image: Becoming a dad was meant to be a dream come true for Ross Hunt but it wasn’t joy he felt

He started a blog to open up about his post-natal depression and found other fathers were also experiencing similar problems.

In December 2018 the NHS announced plans to expand help for partners of new mums with mental illness.

“Every local area has developed their own plans about how they will deliver this over the next five years, but anyone experiencing mental ill-health like depression or anxiety is also able to access help through our world-leading talking therapies programme.”

Macron rushed out of theatre after protesters try to confront him