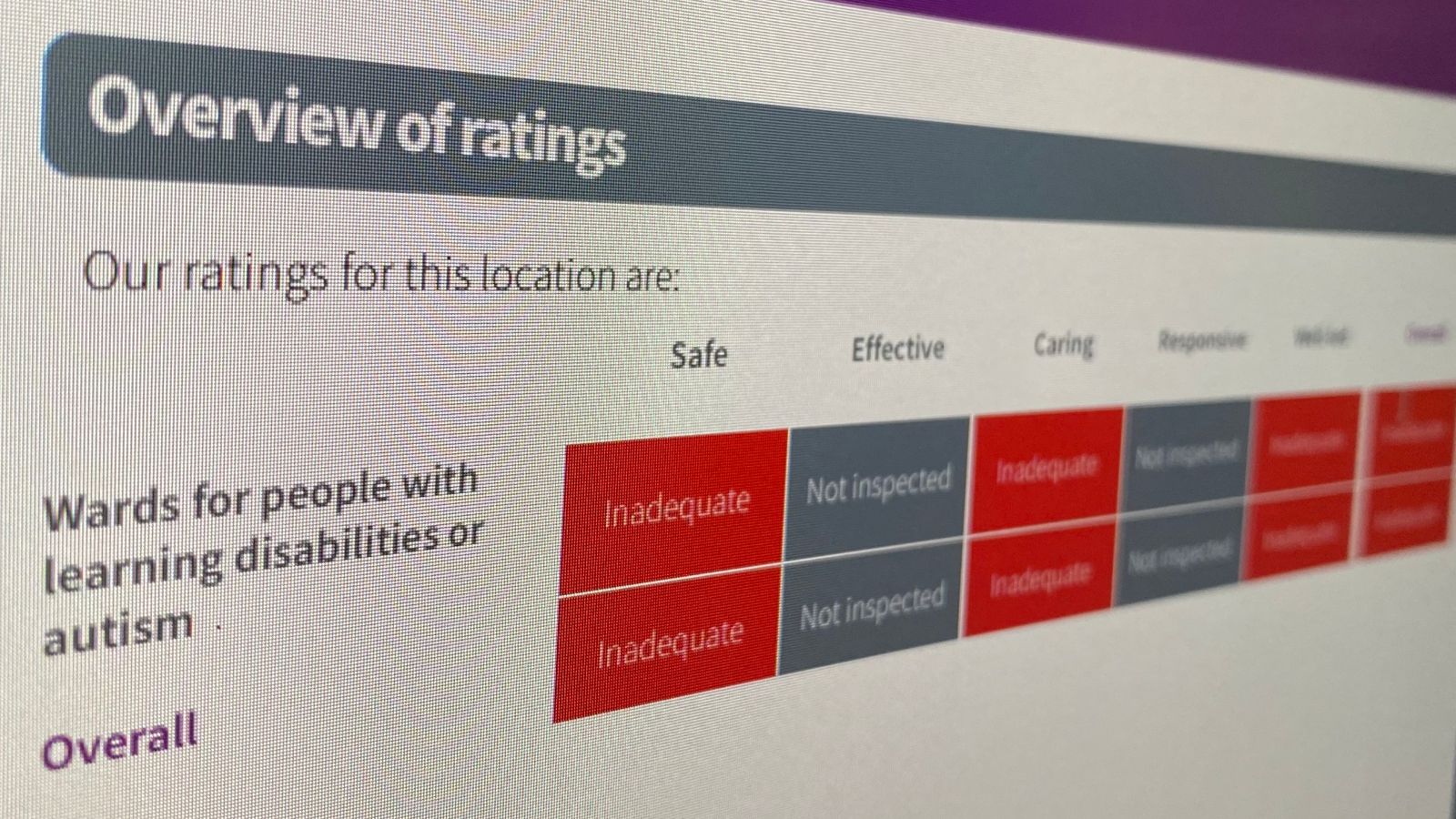 A mental health hospital was shut down after an inspection uncovered abusive behaviour by staff – including multiple incidents caught on CCTV, a report has revealed.

Camera footage showed two occasions where doors were slammed or forced shut on a patient at Eldertree Lodge in Staffordshire.

It also captured several examples of staff pulling or dragging a patient when trying to move them to the ward seclusion room.

The Care Quality Commission, which published the report, said it had examined CCTV of six incidents at the 41-bed hospital that were specific to one ward between 27 February and 13 April.

The facility catered for patients with a learning disability or autism and was run by Coveberry Limited.

After the unannounced inspection, which was conducted on 20 May, and a follow-up visit on 3 June to specifically review the CCTV footage, the CQC acted to close the hospital saying people using the service were at sustained risk of harm.

A previous review in March had rated the unit inadequate, with the latest report showing failings had not been addressed and people continued to receive unsafe care.

Debbie Ivanova, CQC deputy chief inspector for people with a learning disability and autistic people, said: “In some cases, people were subjected to abuse and interactions that lacked compassion, dignity, or respect.

“This is unacceptable and people deserved better.

“Additionally, the environment was unhygienic and poorly maintained, as well as blighted by blind spots, which undermined staff observation of patients.”

She added: “The lack of progress between the two inspections did not assure us Coveberry could deliver the change it desperately needed to make at Eldertree Lodge. Consequently, we took action to close the hospital.

“Closing a service is a last resort, but we do not hesitate to act proportionally when people are at risk of harm or receiving poor care.”

The 18-page report said all incidents caught on CCTV “demonstrated ill treatment or abuse and the use of inappropriate restrictive techniques by one or more of the staff members present”.

It said: “We were not assured the provider always referred staff to registered bodies for further investigation following incidents of concern.

“We saw multiple examples where staff pulled or dragged a patient in an attempt to move them to the ward seclusion room.

“We saw two examples where staff slammed or forced doors shut on a patient without regard for the potential of their actions to injure the patient.”

It also states inspectors noted negative interactions from staff to patients, including staff becoming visibly angry, and one incident where an employee kicked a door open without due regard for a patient standing behind it.

In another example, eight members of staff surrounded a patient with what inspectors described as intimidating body language.

Unvaccinated mother, brother and father die with COVID-19 after being misled by online posts