Miley Cyrus doubts she will wed again following her divorce from Liam Hemsworth, because she “never really cared that much” about marriage and children.

The Wrecking Ball hitmaker ended her 10-year on/off relationship with the Australian actor last summer, less than a year after quietly tying the knot, but in a new interview, Cyrus confesses settling down and starting a family was never high on her list of priorities.

“I never really cared that much,” she told SiriusXM Hits 1’s The Morning Mash Up show.

Cyrus is single again after recently calling time on her months-long romance with fellow pop star Cody Simpson, and although she isn’t yearning to become a mum, if she ever changed her mind, she would likely choose to adopt.

“I actually think that in a way, just looking at our climate change and our water and food, it feels like to me, if anything, that I would take someone that is on the earth (sic),” shared the 27 year old, who is a big fan of pet adoption.

“I love adoption and I think that’s really amazing,” Cyrus added, making it clear she “definitely” isn’t shaming anyone who wants to have biological children.

However, the star doesn’t want to keep answering questions about the same topics moving forward, because it’s something few male celebrities have to deal with.

“For me, I don’t just really think about marriage and things like this anymore,” Cyrus continued. “I follow a lot of feminists online and it’s kind of like, how many men do you really ask if they are going to get married or have kids?

“I’m sure maybe we do… but I don’t think that many men feel the pressure to have kids and to get married.” 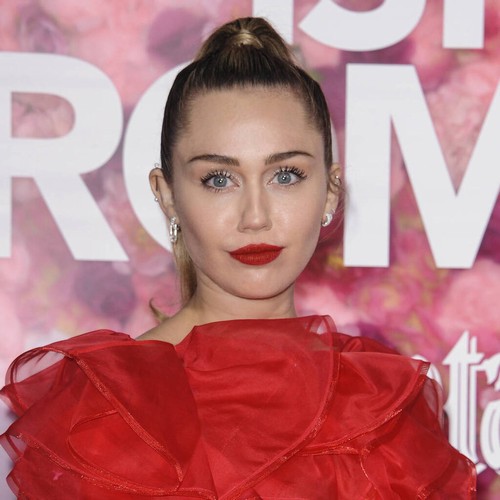