Miley Cyrus reaches out to DaBaby after homophobic remarks

Miley Cyrus has reached out to DaBaby on social media and offered to educate him on LGBTQ+ issues following his homophobic statements.

The Wrecking Ball hitmaker shared a message she’d to Instagram asking the rapper to check his DMs, saying she would “love to talk” to him so the two can learn from each other.

“As a proud and loyal member of the LGBTQIA+ community, much of my life has been dedicated to encouraging love, acceptance, and open mindedness,” said the singer, who identifies as pansexual. “The internet can fuel a lot of hate & anger and is the nucleus of cancel culture…but I believe it can also be a place filled with education, conversation , communication & connection.”

Cyrus explained that it’s “easier to cancel someone” than it is to forgive them or “change their minds” on a topic. The former Disney star emphasised the importance of learning from each other and that she herself still has “much to learn.” In the caption, she linked resources for the rapper to learn more from, including the public health non-profit Greater Than AIDS and Happy Hippie Foundation, Cyrus’ charity that focuses on LGBTQ+ rights and homelessness.

The olive branch comes after the Masterpiece lyricist was met with intense backlash for his comments at the Rolling Loud festival, where he targeted the LGBTQ+ community and asked fans who “didn’t show up with HIV, AIDS, or any of them deadly sexually transmitted diseases” to put their phones in the air.

He has since apologised twice for the remarks after receiving intense criticism from the public and fellow musicians, including Elton John, who shared information about HIV/AIDS and amplified the importance of using music to bring people together.

“HIV misinformation and homophobia have no place in the music industry. We must break down the stigma around HIV and not spread it. As musicians, it’s our job to bring people together,” the Rocket Man hitmaker wrote on Instagram. 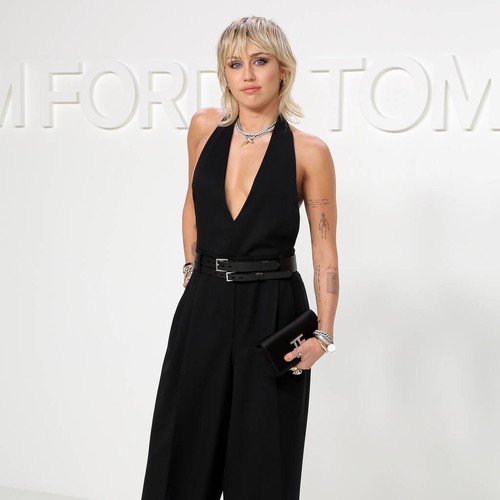