Mongolia honors The HU with release of special commemorative coin

Mongolia is to honor its best-known rock band, The HU, with the release of a special Bank of Mongolia commemorative silver and gold coin featuring the fast-rising Ulan Bator folk-metal quartet.

Currently adorning the cover of January’s Metal Hammer, The Hu have been ear marked as one of the bands taking metal into a new era, The HU are enjoying a high profile start to their 2021, and the minting of this new coin, scheduled for release next month, can only boost the quartet’s profile further.

Speaking in this month’s Metal Hammer, the group are keenly aware that they’re now being looked at as trailblazers for the Mongolian music scene, and indeed the global metal scene, but are relishing the challenge of reaching a wider audience.

“It’s not easy to be the ice-breaker”, admits multi-instrumentalist Jaya.“Following in someone’s footsteps is easier most of the time. We work hard and we are proud to be the one to pave the way for other bands who will come after us. The satisfying thing is that other young people are coming up after us in Mongolia. We’re inspiring these people. If you work hard, anything is possible. If you really love it and picture it, and work for it, things will happen. This is the most satisfying thing for us.”

“This pandemic has given us so many perspectives and shown us the world is one family,” says Enkush, the quartet’s Morin Khuur (horsehead fiddle) player. “We’re in it together regardless of our age, our race, our country. We’re going to cherish the lessons we’ve learned from this experience and we should work together to save this world.”

“This is a very important message in our music, too. Our band’s name is The Hu, meaning ‘human being’. We chose this name because of the inclusive nature of the word; this music is for every human being. We want to unite people through our music so we can stand together and fight against our challenges. When we’re together, we’re powerful. When we get the vaccine and get our normal lives back, that will be the biggest event of 2021.”

In late 2020, The HU released a cover version of Metallica’s ‘Sad But True.” The video already has over 7 Million views. The track is a unique take on the beloved classic that has over 142 Million streams on Spotify alone.

The band are currently in the studio, recording their sophomore release which REVOLVER MAGAZINE selected as one of 60 Most Anticipated releases of 2021.

The band is involved in the film THE RETALIATORS, a high-octane horror-thriller, starring Michael Lombardi (FX’s Rescue Me), Marc Menchaca (Ozark, The Outsider) and Joseph Gatt (Game of Thrones) with special guest appearances by some of rock music’s biggest names. THE HU‘s Jaya plays a small part in the movie and the band contributed their hit track ‘Wolf Totem’ featuring Jacoby Shaddix (Papa Roach) to the soundtrack.

MORE ON THE HU:
Formed in 2016 in Ulaanbaatar, Mongolia, The HU achieved global recognition with powerful videos that have amassed over 113 million views to date. “Wolf Totem,” “Yuve Yuve Yu” and “The Great Chingiss Khan” showcase the band’s one-of-a-kind style of ‘hunnu rock’ – a combination of Western heavy rock played with traditional Mongolian instrumentation such as the Morin Khuur (horsehead fiddle), Tovshuur (Mongolian guitar), Tumur Khuur (jaw harp) and guttural throat singing in their native language.

The band has achieved wide critical acclaim and appeared on many 2019 year-end best-of lists. In the US Loudwire listed THE GEREG among its Top Albums of 2019 and Revolver Magazine listed the band’s video “Great Chinggis Khaan” among the year’s Top 10. In the UK, THE GEREG placed among Top Albums of 2019 in Classic Rock and Metal Hammer magazines. 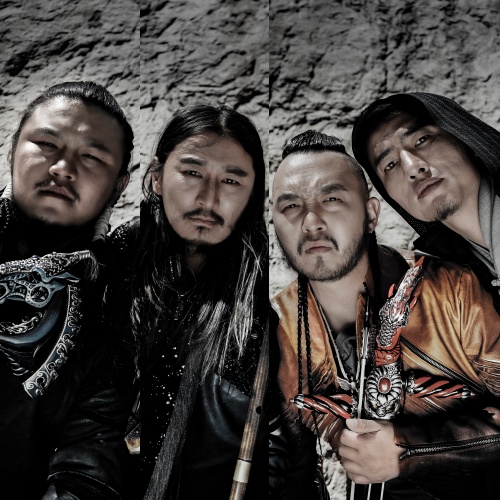 Britney Spears’ dad would love conservatorship to be over

Struggling to sleep? The moon may be to blame