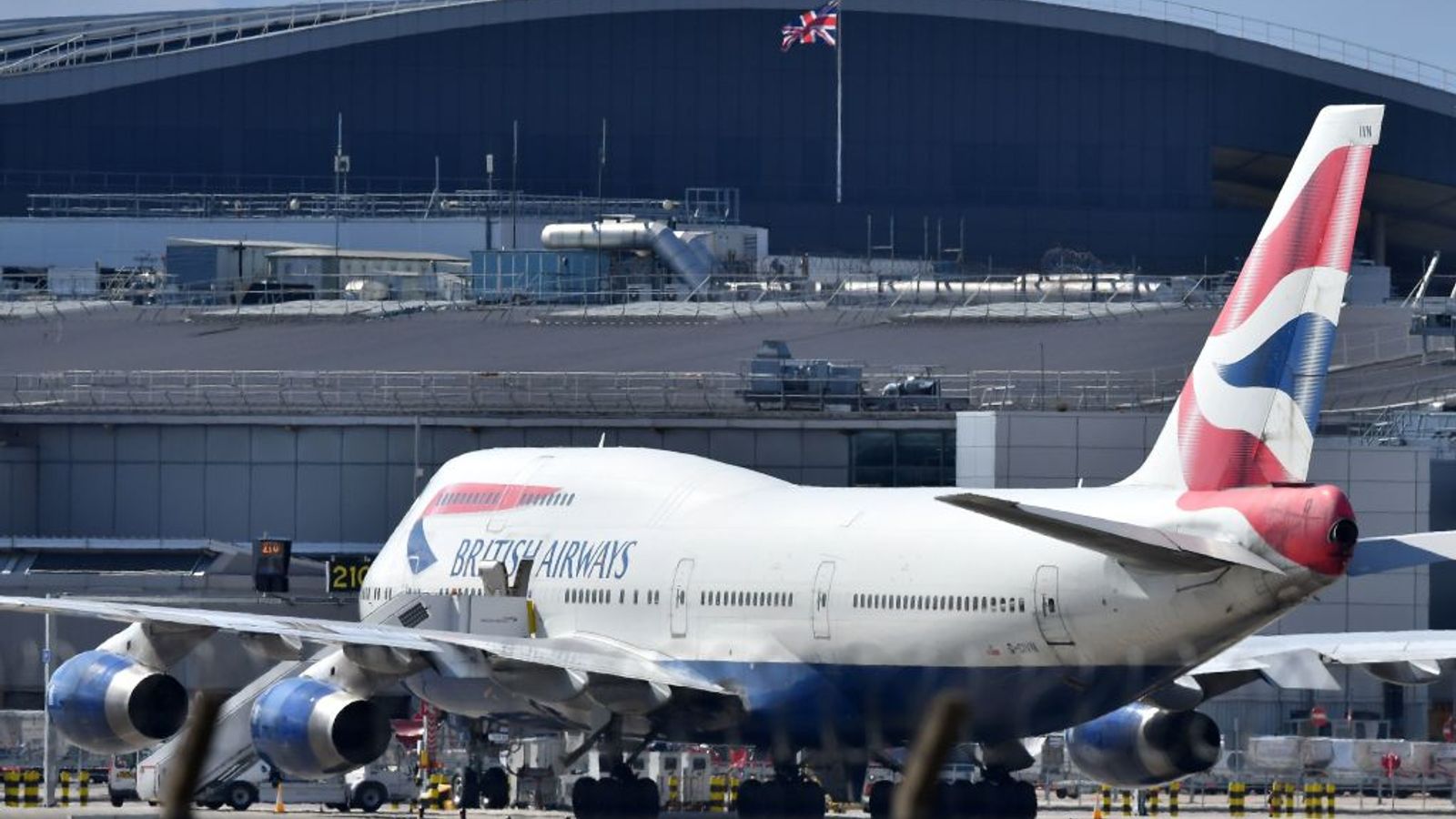 More than 6,000 British Airways workers have applied for voluntary redundancy, the airline has confirmed.

A spokesperson said: “Our half year results, published last week, clearly show the enormous financial impact of COVID-19 on our business.

“We are having to make difficult decisions and take every possible action now to protect as many jobs as possible.

“And, while we never could have anticipated being in a position of making redundancies, more than 6,000 of our colleagues have now indicated that they wish to take voluntary redundancy from BA.”

International Airlines Group, which owns British Airways, announced in April that it would cut up to 12,000 jobs out of a total of 42,000 due to the coronavirus pandemic.

Like most airlines and other businesses in the travel sector, British Airways has been badly affected by the slump in demand since the crisis began.

Almost five months after lockdown was imposed on the UK, with its accompanying travel restrictions, the airline is still flying less than 20% of its usual schedule.

Howard Beckett, assistant general secretary at trade union Unite, said: “This is a very bleak day for the incredible BA workforce and will go down in the history of the airline as the day that it put the interests of the boardroom ahead of its passengers and workforce.”

The union claimed 4,000 of its members were affected and that they were “being forced out of the jobs that they love today by naked company greed”.