Sophie, the Grammy-nominated experimental pop musician and producer, has died aged 34 following a “sudden accident” in Athens confirmed there BBC.

Born in Glasgow the artist worked with the likes of Madonna and Charli XCX.

In a statement, Sophie’s management said the musician had died at around 04:00 on Saturday in the Greek capital, where they had been living.

Sophie was commonly regarded to be one of the most important figures working in electronic pop music today.

A further statement from her record label Transgressive, explained how the “terrible accident” had occurred.

“True to her spirituality she had climbed up to watch the full moon and slipped and fell,” they posted online. “She will always be here with us.”

“The family thank everyone for their love and support and request privacy at this devastating time.”

Sophie was also known as a transgender icon, after affirming their identity in the 2017 video for It’s Okay To Cry.

The artist’s management said they would be remembered “not only for ingenious production and creativity but also for the message and visibility that was achieved. An icon of liberation”.

#RestInPower SOPHIE! You were one of the most innovative, dynamic, and warm persons I had the pleasure of working with at 2019 ⁦@southbankcentre⁩ pic.twitter.com/uzsv0EAWxx

The Glasgow-born Sophie Xeon was a musician, record producer, singer, songwriter, and DJ, best known for her synthesised take on pop music.

She came to prominence with singles such as Bipp and Lemonade.

Her debut album Oil of Every Pearl’s Un-Insides was released in 2018 and earned her a nomination for the Grammy Award for Best Dance/Electronic Album.

Sophie also co-wrote Madonna’s 2015 single Bitch I’m Madonna and worked with pop singer Charli XCX on hits such as After The Afterparty and the EP Vroom Vroom.

The producer, who was a transgender woman, made a solo comeback in 2017 with single It’s Okay To Cry – almost two years since the artist’s last release. 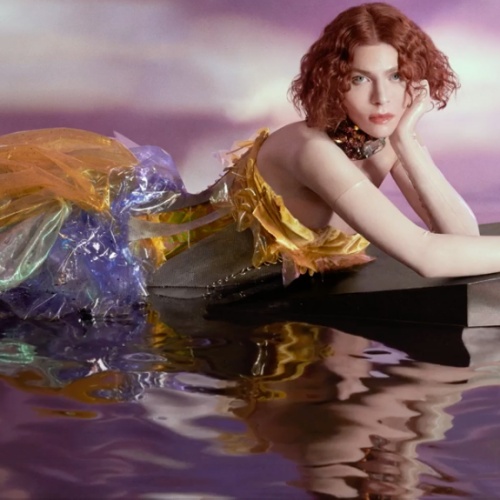 Asos on brink of sealing TopShop and Miss Selfridge takeover