Nick Cave has confirmed he’s had both doses of a COVID-19 vaccine.

The Bad Seeds frontman received his last dose in May and admitted it feels like a “momentous time in history” as he’s hailed the scientists who worked at an “astonishing speed” to develop a vaccine to save lives amid the global pandemic.

The 63-year-old musician told a fan on the latest post of his Red Hand Files series: “I had my second jab on 26th May, and I can now live in this embattled world knowing that if I catch COVID there is little chance of me dying from it.

“I feel privileged to live in an age where our scientists are able to develop a vaccine to help combat a pandemic, and to do it at such an astonishing speed.

“It feels to me that this is a momentous time in medical history.”

Meanwhile, in a recent Red Hand Files Q&A, Nick admitted he would be “very happy” to have Elvis Presley’s music played at his funeral.

The ‘Into My Arms’ star was asked by a fan whose father had an Elvis-themed funeral which songs he’d like to have at his service when he passes on, and he said he’d like the late King of Rock and Roll’s 1970 hit ‘Kentucky Rain’ to play “with heaven and all its angels listening”.

The fan wrote on the website: “No, we didn’t dress up in white jumpsuits, but his coffin had Elvis pictures and lyrics, and Elvis songs were played for him. I don’t know if anyone has asked you this before in The Red Hand Files, but what songs would you like played at your own funeral?

To which the “moved” singer replied: “I was very moved by your letter. I’m sure your dad would have been very happy with his Elvis-themed funeral. Thinking about it, I would be very happy with one too — to be ushered into the next world by the voice of the greatest rock ‘n’ roll singer of them all.

“’Kentucky Rain’, that’s what I’d like, ‘Kentucky Rain and How Great Thou Art’ — Elvis singing gospel, with heaven and all its angels listening. It was a lovely thing to do for your dad. Sounds like you did a great job.” 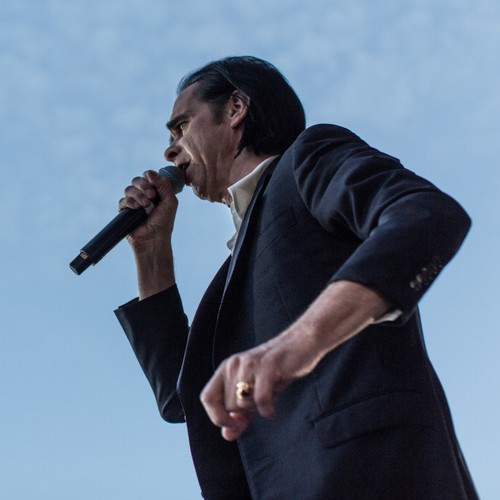 R Kelly sex abuse case is about ‘a predator’, court hears as trial gets under way

‘They beat me up and stole my documents’: Afghan interpreter who helped UK troops tells of bid to escape the Taliban