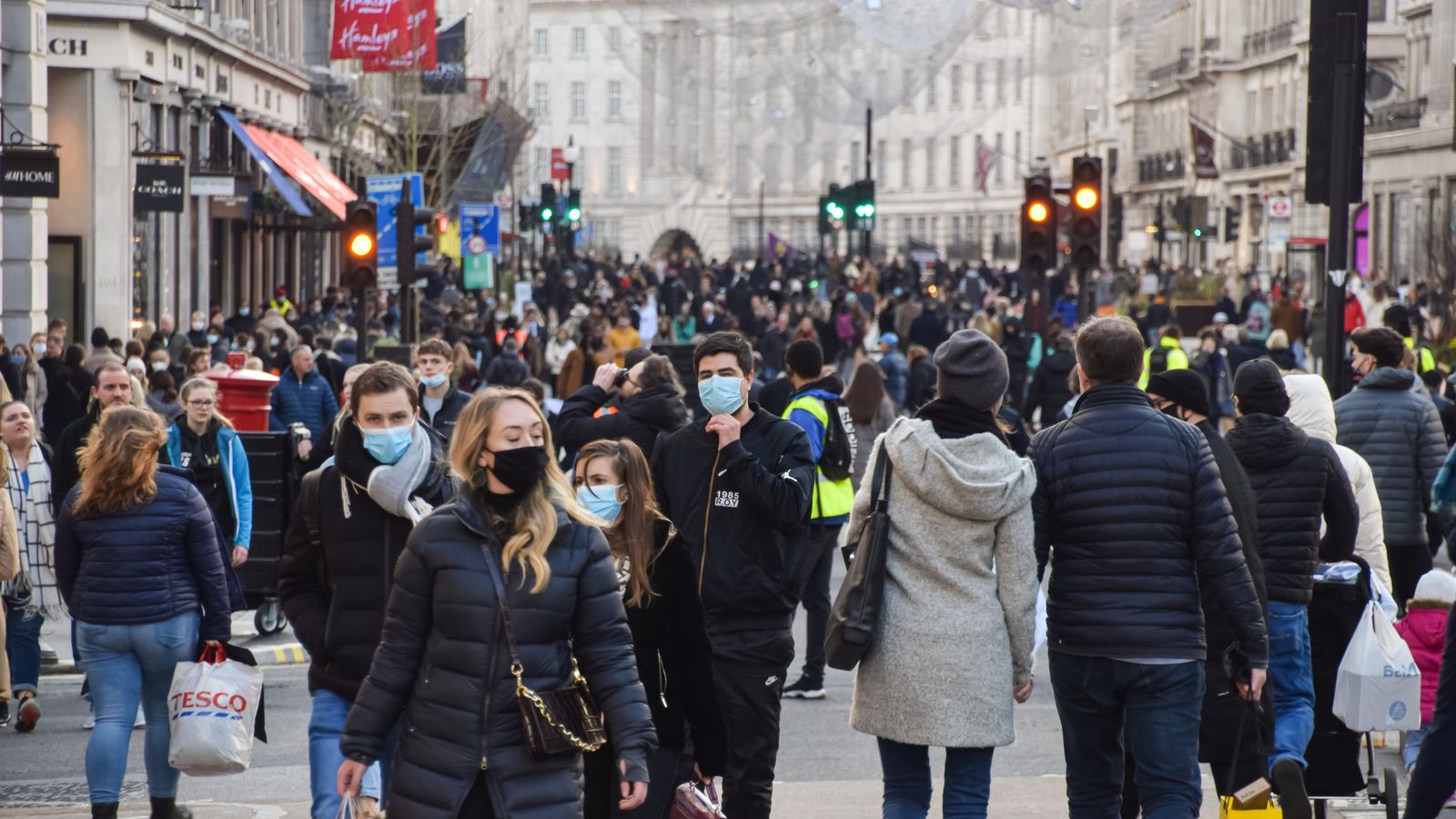 Around nine in 10 adults in most parts of the UK are likely to have COVID-19 antibodies, latest data shows.

Latest estimates from the Office for National Statistics (ONS) show 89.8% of adults in England are likely to have the antibodies, with the highest percentage of adults testing positive for them estimated to be the age groups 60 to 64, 70 to 74 and 75 to 79 (all 96.8%).

In Wales, 91.8% of adults are estimated to have antibodies in their system, in Northern Ireland, the figure is 87.2% and in Scotland the estimate is even lower, at 84.7%, making it closer to eight in 10 adults.

In Wales, the highest proportion of adults likely to have antibodies was the 70 to 74 age group, while in Scotland the highest percentage was for 65 to 69-year-olds.

In Northern Ireland, the ONS uses different age groups due to smaller sample sizes and estimates that 96.9% of people aged 50 to 69 were likely to have tested positive for antibodies.

The presence of coronavirus antibodies suggests someone has previously contracted the infection or has been vaccinated.

It takes between two and three weeks after having the virus or a vaccine for the body to create enough to fight COVID.

Antibodies then remain in the blood at low levels and can decline to the point where they are no longer detectable.

It is also not yet known how having detectable antibodies, now or at some time in the past, affects the chance of getting COVID-19 again or how long they remain at such levels in the blood.

The latest estimates are taken based on a sample of blood test results from the week beginning 14 June and are for people in private households, not including settings such as hospitals and care homes.

The ONS said there is a clear pattern between vaccination and testing positive for antibodies but “the detection of antibodies alone is not a precise measure of the immunity protection given by vaccination”.

Earlier, Heathrow announced it will start fast-tracking fully vaccinated passengers arriving at the airport from later this week under a pilot scheme.

Trains, planes and buses can have their own face mask rules after 19 July, transport secretary says