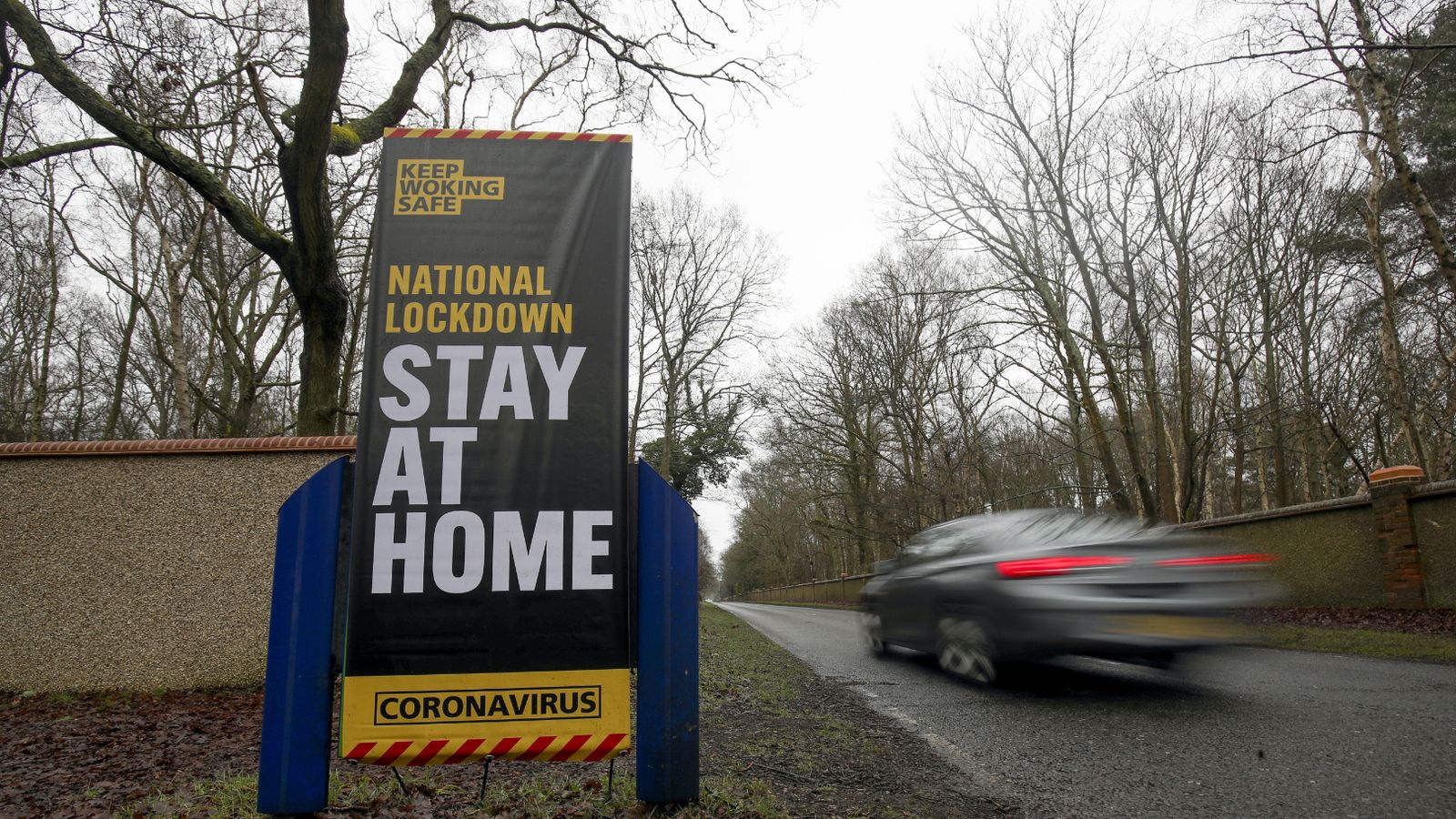 The number of deaths in the second wave of COVID-19 infections has now overtaken the number from the first wave, according to Sky News analysis of official mortality figures.

According to the Office for National Statistics (ONS) figures, which are widely regarded as the most reliable measure of deaths involving the virus, the total number of people who died in the UK with COVID-19 on their death certificate was just over 117,000 as of 22 January.

Of those deaths, 57,701 took place between the beginning of the pandemic last spring and the end of August.

Some 59,677 COVID deaths have happened since then.

Given the latest figures produced for the government’s coronavirus data dashboard suggest that deaths remained high during the subsequent weeks, the second wave’s toll – as recorded by the ONS – is likely to climb significantly further in the coming weeks.

While the ONS count of deaths is widely regarded as the most representative measure of mortality from the disease, it is important to note that there are a variety of different measures of mortality during COVID-19, each of which differs slightly.

The government’s official death toll, which counts deaths where COVID-19 was detected in a test 28 days before death, put the toll at just under 107,000 as of 1 February with the majority of those deaths having happened since August.

However this measure understates the mortality in the first wave, during which testing for the virus was less widespread.

An alternative measure is to count deaths from all causes and compare it to the recent historical average – a metric known as “excess deaths”.

This measure shows that the total toll has just surpassed 105,000, as of the week ending January 22, but the majority of the deaths occurred during the first wave of the disease.

This suggests that some of the deaths recorded as COVID-19 deaths in the second wave might, on the basis of historical precedent, have happened anyway during the winter.

While some have raised questions about whether the ONS official COVID count may overstate the total toll, including some deaths where the person had COVID but whose death was ultimately caused by something else, the ONS said that in the latest week more than 90% of deaths involving COVID-19 had the virus recorded as the underlying cause of death as well.

Analysis of the ONS data suggests that daily deaths in the second wave may now have peaked.

They have not exceeded the daily peak reached during the first wave (with 1,457 people dying on 8 April); the peak thus far this wave was 1,273, according to the ONS dataset, and 1,311 according to the government’s dashboard, on 16 and 19 January respectively.

However the length of this wave, which began in the early autumn, the fact that it is still ongoing, and the fact that it has coincided with winter months are all thought to have contributed to the higher death toll.