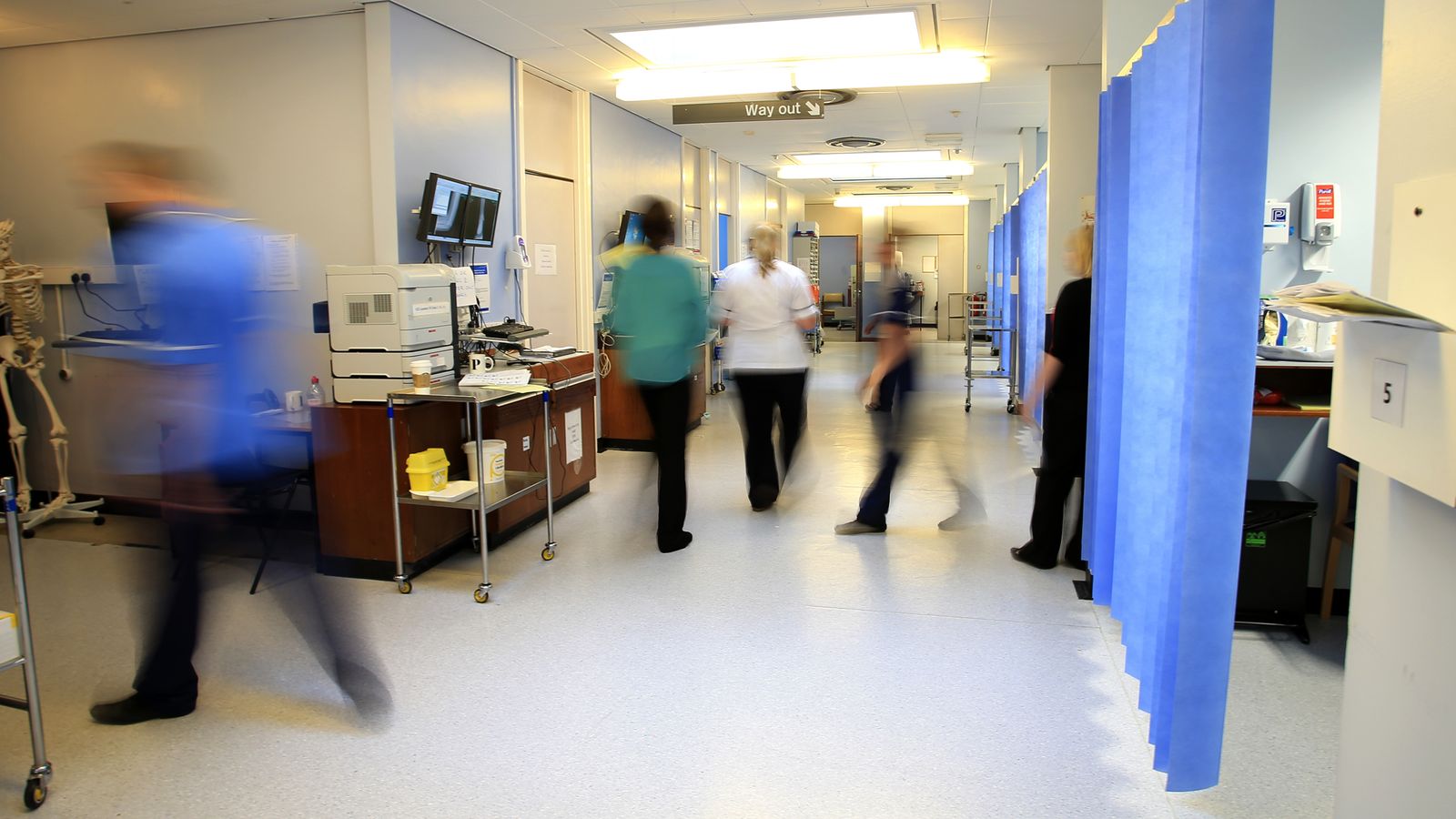 The number of people waiting for hospital treatment in England has hit a record high amid the coronavirus crisis, figures show.

According to NHS England, some 4.59 million people were waiting to begin treatment at the end of January.

That is the highest since records began in August 2007.

The figures also show the number waiting more than a year was 304,044 in January. That is the highest for any month since January 2008.

In comparison, the number of people who had been waiting a year in January 2020 was 1,643.

With the lockdown in force and many hospitals dealing with record numbers of COVID patients, January also saw a 54% drop in people admitted for routine treatment.

Some 139,378 patients were admitted for treatment during the month, compared with 304,888 the same time last year.

The 54% year-on-year drop was much bigger than December and November, when it was 25% and 27% respectively.

‘We are very much not a racist family’: Prince William says he hasn’t spoken to Harry yet but plans to