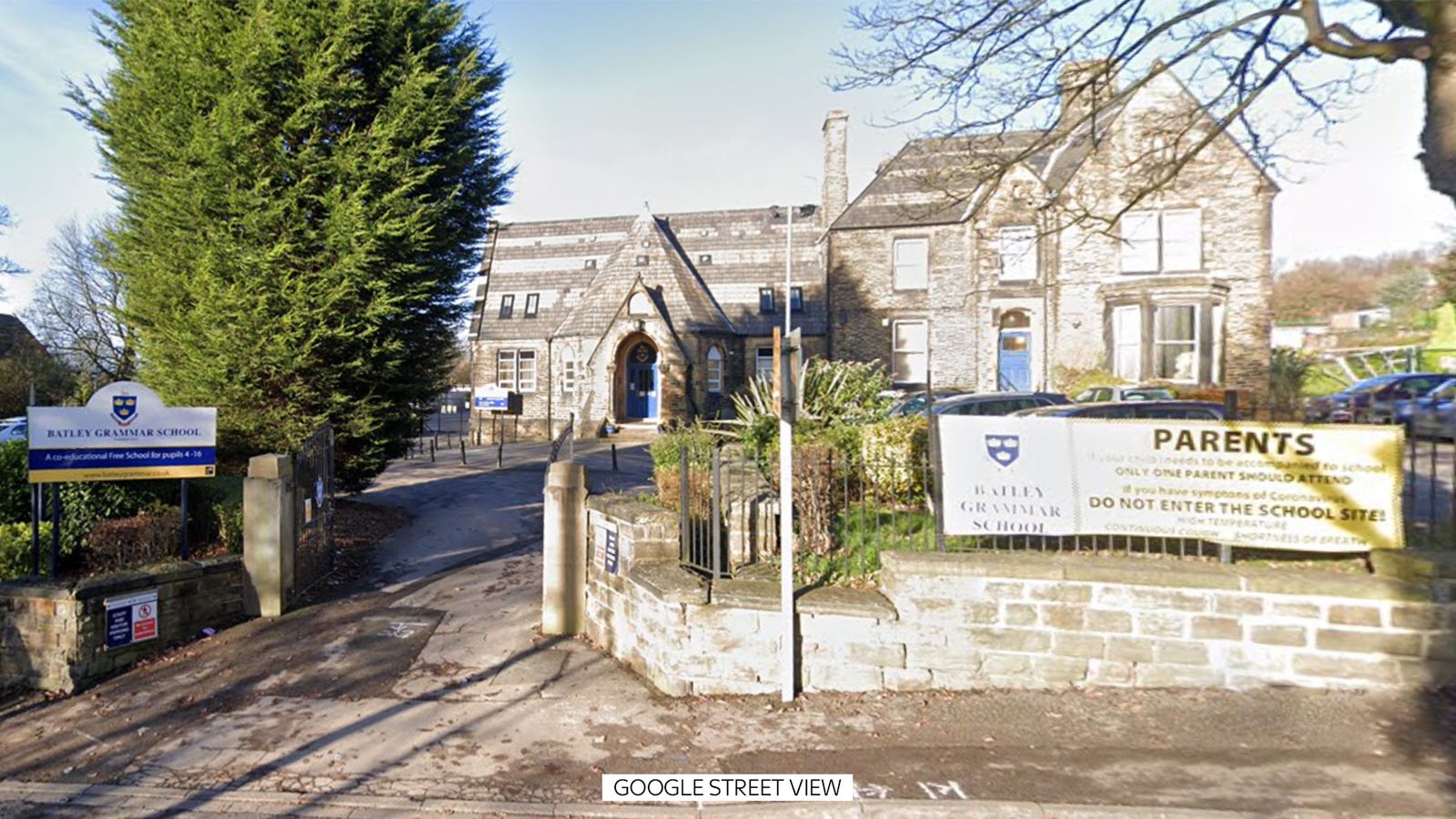 A school has been forced to apologise and is facing protests from parents after an image of the prophet Mohammed was shown in class.

One parent at Batley Grammar School in West Yorkshire says the cartoon was taken from Charlie Hebdo, the French satirical magazine that was attacked in 2015 by Islamic terrorists who killed 12 people.

The caricature was shown to pupils in a religious studies lesson on 22 March, according to a letter to parents seen by Sky News.

School leaders were forced to apologise, admitting it was “completely inappropriate” and “had the capacity to cause great offence”.

Depictions of the prophet Mohammed are considered deeply offensive in Islam.

On Thursday, people gathered outside the school to demand the resignation of the teacher involved.

A police officer is seen reading a statement from the school as protesters shout that they want the member of staff “sacked”.

The letter seen by Sky News reads: “The school would like to thank the parents who contacted us on Monday 22 March highlighting concerns with a resource used in an RS lesson that day.

“Upon investigation, it was clear that the resource used in the lesson was completely inappropriate and had the capacity to cause great offence to members of our school community, for which we would like to offer sincere and full apology.”

It goes on to say the picture has been removed from teaching material and that all religious studies content will now be reviewed in light of the complaint.

Yunus Lanat, an executive member of the Indian Muslim Welfare Society in Batley, told Sky News he thinks the teacher “went off script” and was trying to “provoke”.

“You will never see an image of the prophet Mohammad in our mosque, in any mosque in the world. It’s not acceptable,” he added.

“That gives you some sense of understating as to why these cartoons cause aggravation.”

Mr Lanat said he also fears some of those protesting were not parents at the school and had “hijacked” the cause from outside the area.

West Yorkshire Police said in a statement: “We are aware of a small demonstration at the school, which is still ongoing. Local neighbourhood officers are in attendance”

Sky News has contacted the school for further comment.

There will be a role for vaccine certificates, says PM – but it might not be until August