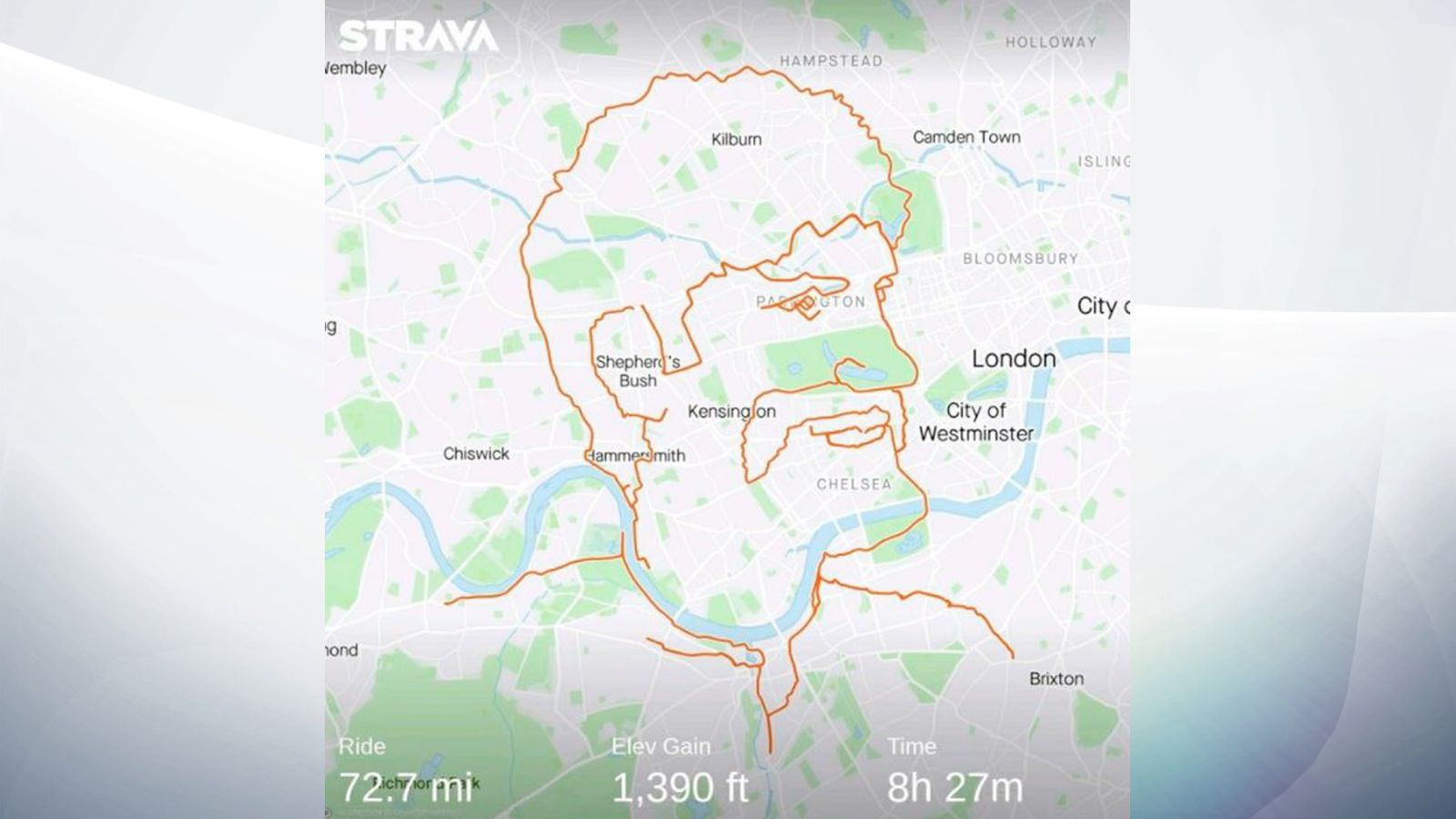 A cyclist known as “Pedalling Picasso” has mapped out a picture of a moustachioed man by riding 75 miles across London to raise money for Movember.

Anthony Hoyte cycled for eight hours and 27 minutes around the capital on 13 November to create the virtual portrait.

He earned the nickname “Pedalling Picasso” in 2016 when he first cycled a route that looked like a “not very good dog” in his home town of Cheltenham.

Since then he has cycled routes in the shapes of Santa Claus, a snowman and several animals.

This month’s portrait was done to raise money for the month-long Movember campaign that crowdfunds for men’s mental health and suicide prevention, as well as male cancers.

The 53-year-old said: “If I can raise awareness and some cash for Movember doing something like this, then fantastic.

“I’ve had a few struggles with my own mental health over the years, and as a typical bloke, I don’t find it easy opening up.”

Mr Hoyte added that the route took three months to plan and on-the-day road closures made the journey more difficult than expected.

“It’s ended up looking like an 80s sports pundit,” he said.

You can donate here.

Cocaine worth £33m found in shipment of onion rings