Cevey, who has been embroiled in a bitter legal battle with the Genesis star since their split, is moving to a smaller property, and has decided to get rid of the items that no longer “spark joy” in an auction with Kodner Galleries.

Among the pieces she’s parting ways with are several of Collins’ gold records, including one of Robert Plant’s The Principle of Moments – presented to Collins as it was released by his label.

Another lot features three of his former awards – from Orlando Arena Sold Out Show on 2 June 1994, the Appreciation Award for service to Clara’s House Shelter, presented on 27 October, 1990, and the Hospital Radio Basingstroke 1993 Music Award.

Cevey is also getting rid of several Chanel bags, some designer clothes and diamond jewellery, with a representative telling Page Six: “She is moving to a smaller home and getting rid of some of her clothing and jewellery that she no longer wears … I mean after all, she does have 5,000 pairs of shoes alone and only two feet — she can’t wear them all!

“Orianne found organising the move very cathartic and went very Marie Kondo and got rid of a number of items that no longer sparked joy for her.”

On selected items, 10 per cent of the proceeds will be donated to the Never Give Up Foundation.

The auction comes after Cevey agreed to leave Collins’ house, which she shared with her current husband Thomas Bates, after he filed to evict them from the property.

She had agreed to leave the $40 million (£29 million) house by 21 January in a partial settlement with her former spouse, reached in October. 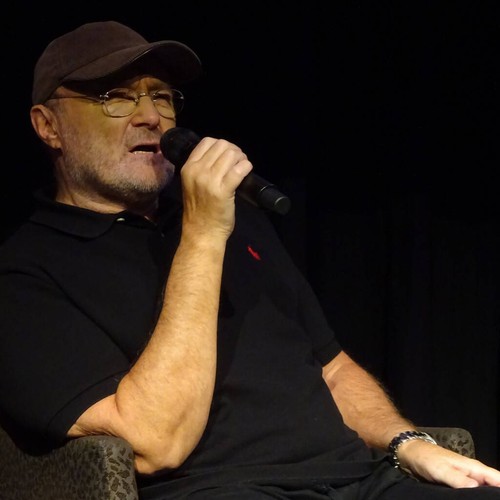 Oli Sykes: Bring Me The Horizon’s chart battle with Bicep was ‘unexpected’