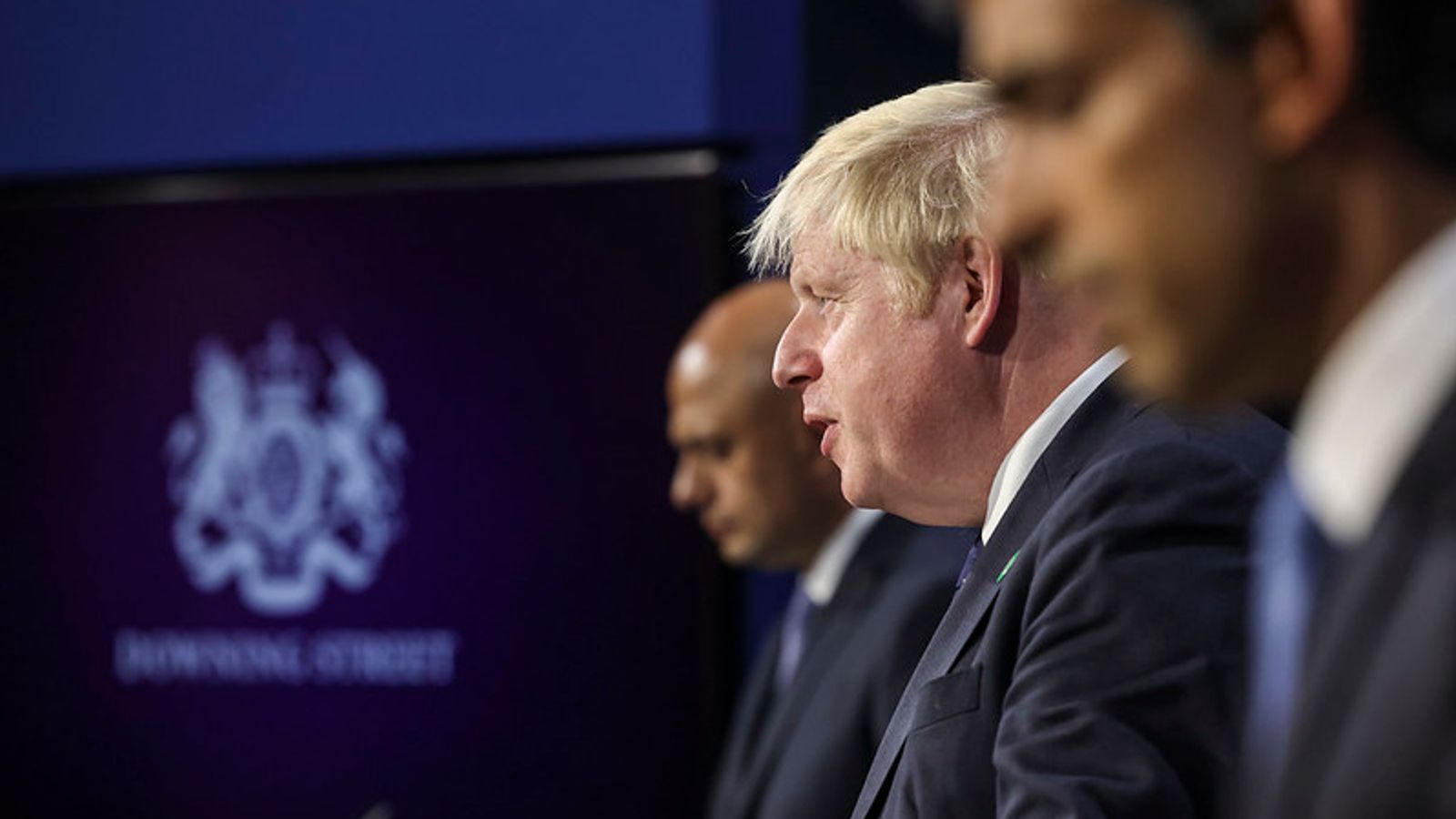 Boris Johnson has refused to rule out further tax rises prior to the next general election as he defended his abandonment of a Conservative manifesto promise not to raise National Insurance contributions.

After unveiling his plan for a hike in National Insurance contributions by 1.25% to pay for the social care system in England and to help the NHS recover from the impact of the coronavirus crisis, the prime minister stressed that “COVID was not in the manifesto either”.

And he insisted he “cannot now shirk the challenge” of putting the health service “back on its feet”.

Mr Johnson has faced criticism for breaking a Tory pledge – made ahead of the 2019 general election – not to raise National Insurance, VAT or income tax, after revealing his long-awaited plan for social care reforms.

And he refused to explicitly commit to his government not raising any more taxes before the end of this parliament in 2024, although he said: “I certainly don’t want any more tax rises.”

“There are not many people in the Conservative Party or indeed in the government… who are more dedicated to cutting taxes, bearing down on taxes, where we can than the three people stood before you today,” he said.

“But we face a reality that the fiscal position has changed radically from the one we found ourselves in in 2019.

“The economy is growing strongly, we’ll come through this very well, I’m very impressed with the number of jobs that are being created, the growth that we’re seeing.

Boris Johnson and his Conservative Party made a series of pledges prior to the 2019 general election. Here’s the ones they’ve abandoned…

FOREIGN AID: The Conservative manifesto promised to “proudly maintain our commitment to spend 0.7% of gross national income on development”. But, in July, a majority of Tory MPs voted in favour of reducing the UK’s foreign aid budget from 0.7% to 0.5% of gross national income. Charities and aid organisations have accused the government of delivering a “tragic blow” to the world’s most vulnerable people. Chancellor Rishi Sunak has promised the cut to the aid budget will only be temporary until the public finances have improved after the COVID crisis.

NO TAX RISES: The Tories vowed not to raise the rates of income tax, National Insurance or VAT. However, the PM has since announced a 1.25% hike in National Insurance contributions to pay for the social care system in England and help the NHS recover from the impact of the coronavirus pandemic. The tax increase – described as a “health and social care levy” by the government – is expected to raise about £12bn in extra funding per year.

PENSIONS TRIPLE LOCK: The Conservatives pledged to keep the “triple lock” for state pensions. This sees the state pension rise each year in line with whichever is highest out of average earnings, prices, or 2.5%. However, the government will now temporarily suspend the triple lock for one year from April 2022. It had been estimated that COVID-affected fluctuations in earnings growth would have put pensioners in line for a rise as large as 8%, at a time when many workers were struggling with the impact of the pandemic. The government has said, next year, a rise in the state pension will instead be limited to the level of inflation in order to make the system more “fair”.

The hike in National Insurance contributions, which is described as a “health and social care levy” by the government, is expected to raise about £12bn a year in extra funding.

As well as providing extra money for the NHS to deal with the backlog of cases built up during the COVID-19 pandemic, the new package of £36bn over three years will also reform the way adult social care in England is funded.

Scotland, Wales and Northern Ireland will receive an additional £2.2bn in additional health and social care spending from the levy.

MPs at Westminster will be asked to vote on the proposals as soon as Wednesday.

Labour are set to oppose the increase in National Insurance, which party leader Sir Keir Starmer has branded “a tax rise on young people, supermarket workers and nurses”.

But, despite some anger among Conservatives about the ditching of a manifesto promise not to increase National Insurance, a large rebellion on the Tory benches is considered unlikely.