Police are hunting a mugger who left a 79-year-old woman with a broken arm after stealing her handbag.

CCTV shows the moment the hooded man jogged up to the elderly woman before dragging her to the ground in the theft on Sunday.

The victim was walking along St Theresa’s Close in Kettering, Northamptonshire, when she was targeted between 3.20pm and 3.50pm.

Police released the footage in hopes of tracking down the offender. 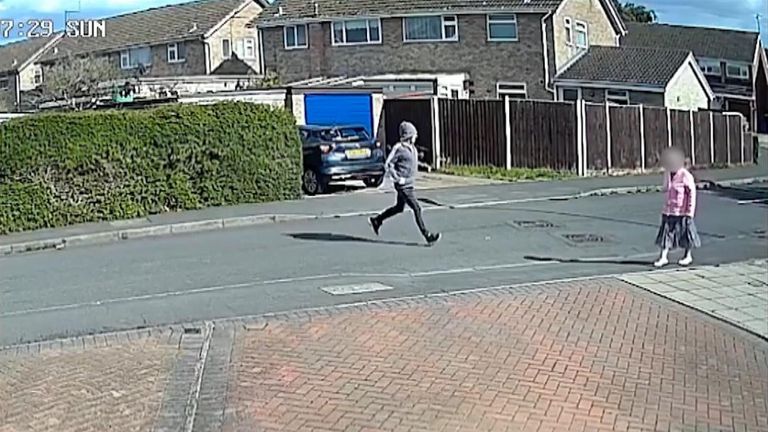 Image: The man jogged up to the woman before stealing her bag in Kettering 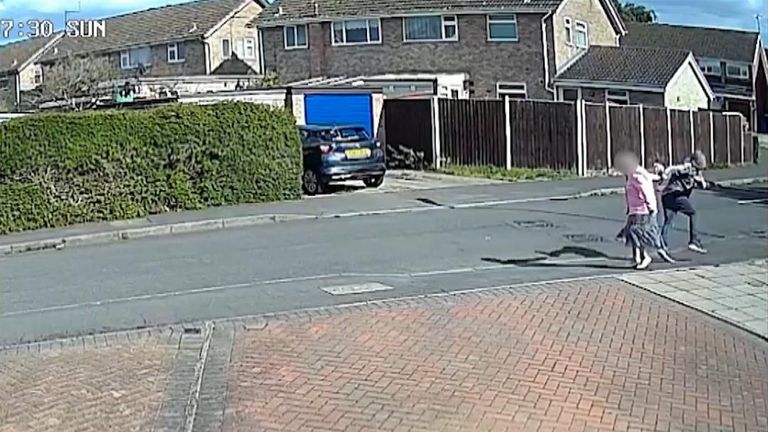 Image: The mugger approached the woman as she walked along a residential street

Detective Constable Bates, who is leading the investigation, said: “Many people will be shocked by the CCTV footage we have released today, and rightly so.

“This lady, like everyone else, should be able to go about her business and feel safe.

“Her attacker has taken that feeling of safety away from her and it is imperative that he is identified and brought to justice.” 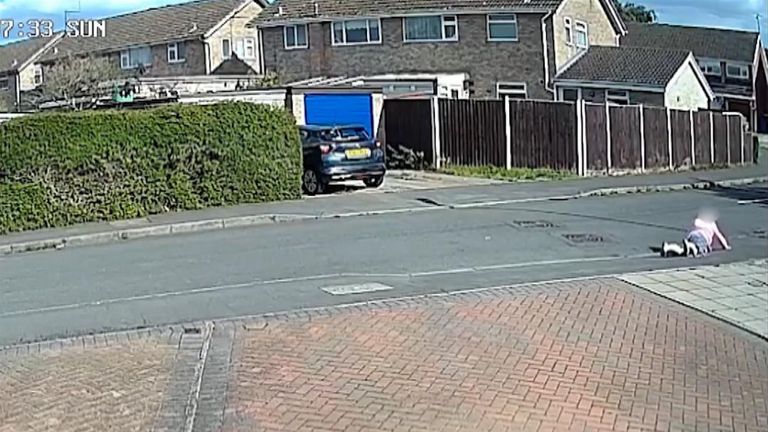 Image: The elderly woman was left on the ground after the mugging

Two 31-year-old men who were arrested in connection with the offence have been released on bail pending further enquiries.