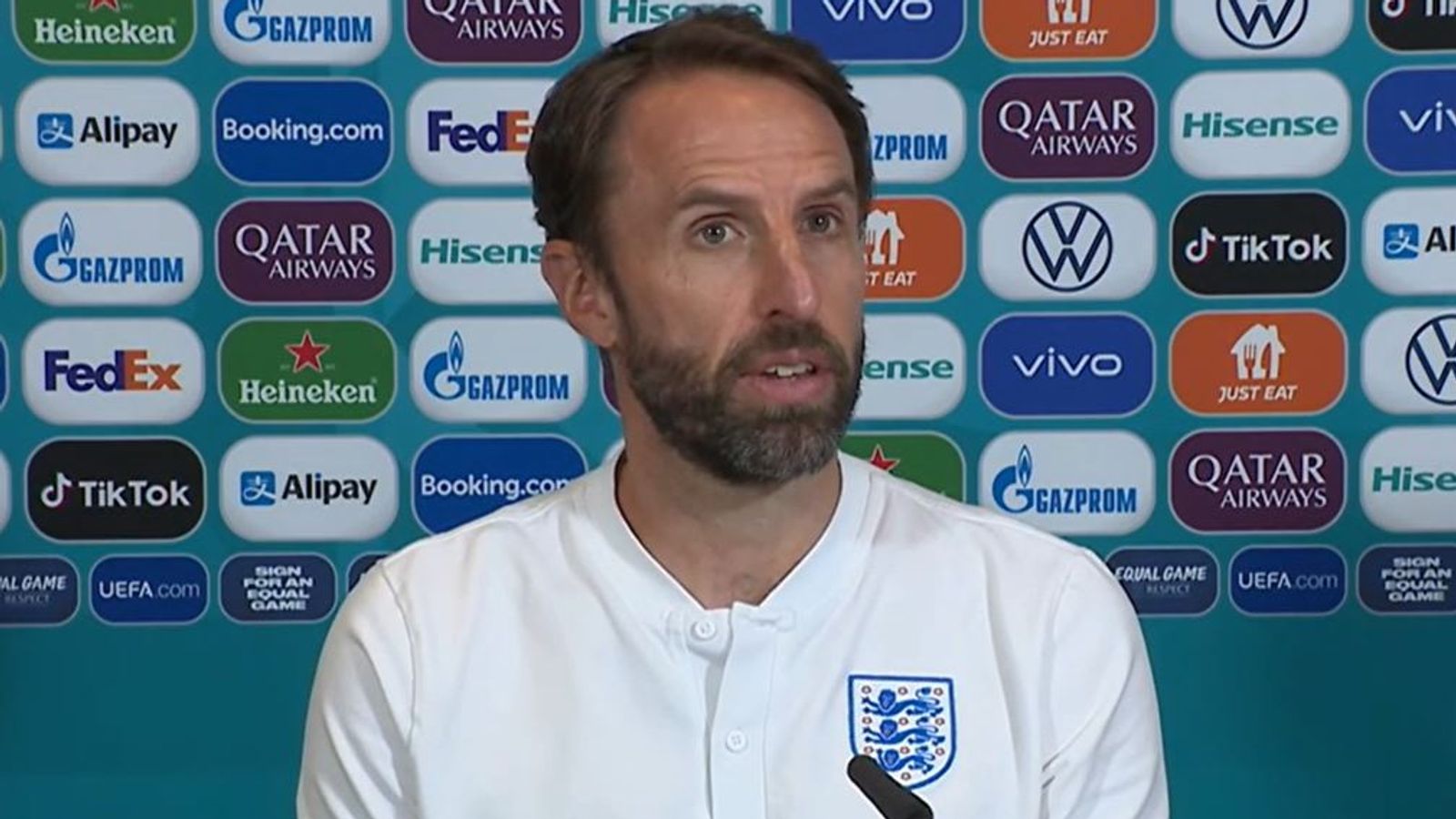 Gareth Southgate says the pressure on England to reach their first European Championship final is “motivating” and an opportunity for the team to “break barriers”.

In a news conference on Tuesday, the England manager said the semi-final against Denmark on Wednesday would be a “really tight game, an exciting game for everybody” against a “really good opponent”.

He added that because Denmark has won the competition in 1992 “maybe there’s more pressure on them”.

He said: “The prize is one that we’ve never experienced. Denmark, of course, have won it so they’ve got a better record than us and I think people forget that in our country sometimes.

“We don’t have as good a footballing history as we like to believe sometimes.

“It’s a motivating thing, a challenge for us. If we were a country that had won five titles and had to match what had gone before, we might feel differently. But we’re not.

“We’re playing a really good opponent, we knew that before the autumn, and even more so after the games in the autumn. It’ll be a really tight game, an exciting game for everybody.”

Southgate said the Three Lions experience of playing in the World Cup semi-final in 2018 will also help them.

England lost to Croatia in Russia, and were also beaten at the semi-final stage in the Nations League in 2019.

Southgate said: “We are ready for the game and the players are ready. We have the experience of being in this situation before.”

This year’s run in the Euros has seen Southgate‘s men reach a major semi-final for the second time in his tenure.

But the Three Lions will be hoping to do better than the World Cup in Russia in 2018, when they were knocked out in the last four by Croatia.

The demons were somewhat exorcised after dispatching the Croatians in the group stages, as England topped Group D with another win against the Czech Republic and a draw with Scotland.

A controlled 2-0 win against Germany in the round of 16 and a dominant 4-0 demolition of Ukraine in the quarter-finals set England up for a semi-final showdown with Denmark at Wembley on Wednesday evening.

Southgate came under pressure for his selection choices in the tournament’s opening rounds, but his critics have been silenced by the team’s run of clean sheets and a well-drilled looking squad.

Raheem Sterling has rewarded the manager’s faith with a clutch of goals, and the exclusion of fan favourites Jadon Sancho and Jack Grealish from the starting XIs has been justified in the results.

Inmate who tackled Fishmongers’ Hall attacker to be released from prison