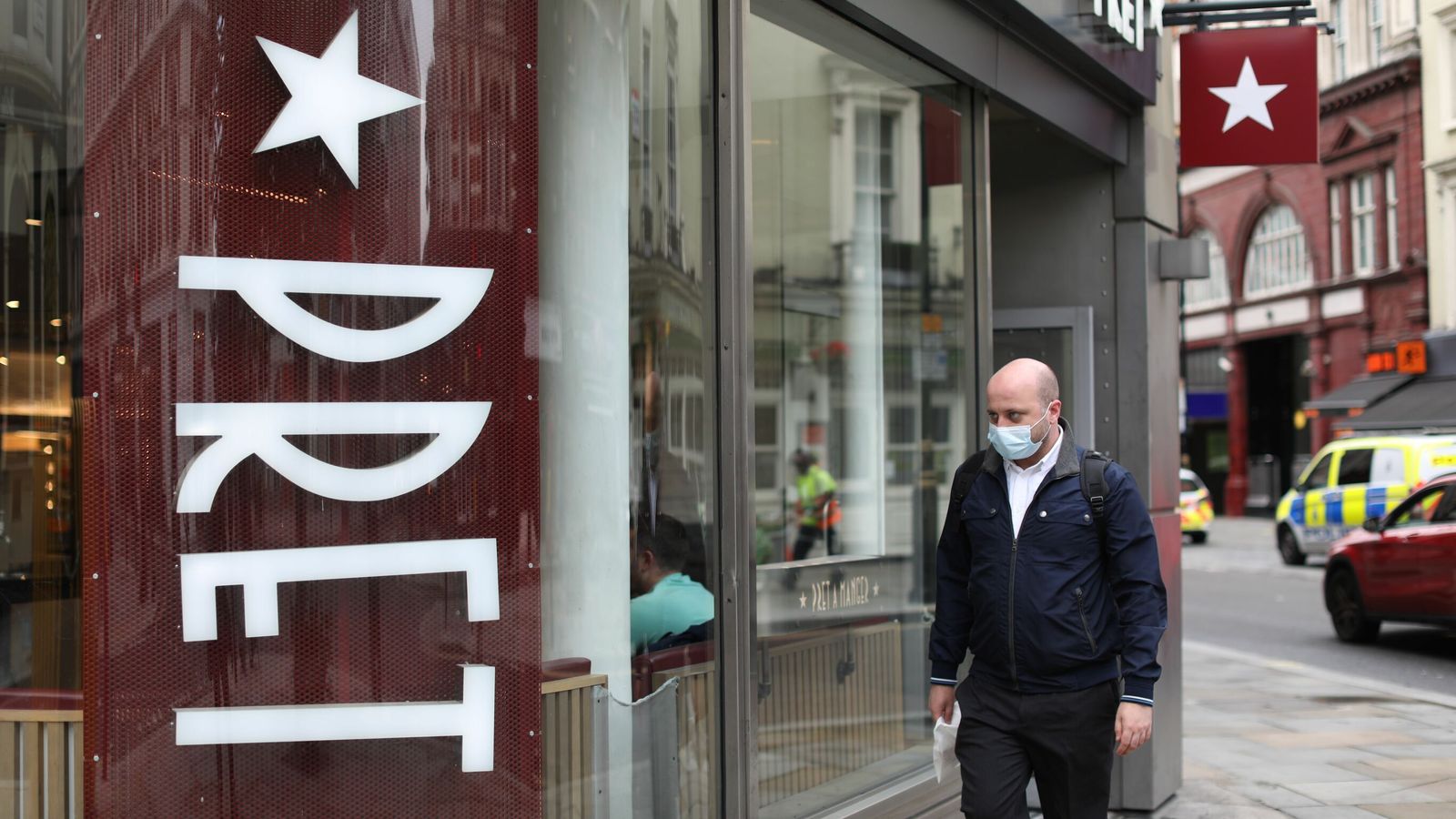 Pret a Manger has said a temporary pay cut put in place during the early months of the coronavirus pandemic will become permanent.

The sandwich chain had stopped paying workers during their breaks last September in an effort to cut costs.

It announced on Thursday that this policy would stay, as trade remained “significantly below” pre-pandemic levels.

The company had also initially said that a special bonus for good service, which was paused last year and reinstated in April, would continue at a reduced rate.

The service bonus is linked to a staff member’s performance as judged by a mystery shopper, and this was paid at a rate of £1 an hour before the pandemic.

But the bonus was scrapped earlier in the pandemic and then reintroduced in April at the lower rate of 50p an hour.

This, along with the decision not to resume paid breaks, had prompted reports that workers were preparing to strike.

On Thursday afternoon, Pret’s chief executive Pano Christou said the bonus would return to its original level from September.

He did not say that paid breaks would return, however.

In an email to staff, he said: “We have taken your feedback into consideration, and we’ve reviewed our decision.

“That’s why we will be returning the mystery shopper bonus back to the pre-pandemic level of £1, effective from the start of September.

“The business is still in recovery but it’s important that we continue to invest in and support our teams however we can.”

Mr Christou added: “We got this wrong, and I’m very sorry for the upset we have caused.”