Fans from across Europe attended the sale, with one taking home the custom-made oak and steel bed, featuring an entwined thorn design, for £8,500.

A collection of Flint’s distinctive body jewellery, including his nose ring with a double silver cone worn on each side of his septum, went for £2,200. 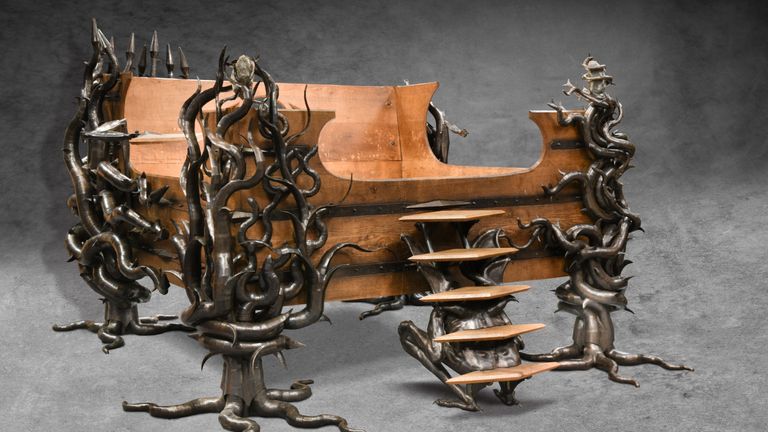 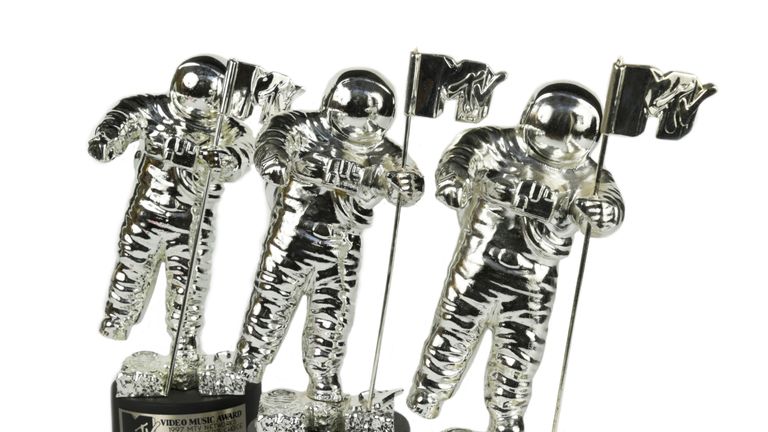 Image: The star’s MTV awards fetched the most

The singer’s three “Moonman” MTV awards were the most expensive of the 170 items in the Cambridge auction on Thursday night, selling for £16,000 for the set.

His belongings were up for auction to help settle his estate’s debts after the 49-year-old was found dead at his home in North End, Essex on 4 March this year.

He was found with cocaine, alcohol and codeine in his system.

The coroner concluded there was not enough evidence to say the death was suicide.

Flint rose to fame in the 1990s in the Brit Award-winning electronic band, known for hits such as Breathe and Firestarter.

“The interest in the sale was phenomenal and there was a fantastic atmosphere in the saleroom throughout the evening, with fans travelling from all over Europe to attend and further bidders joining in via the internet.” 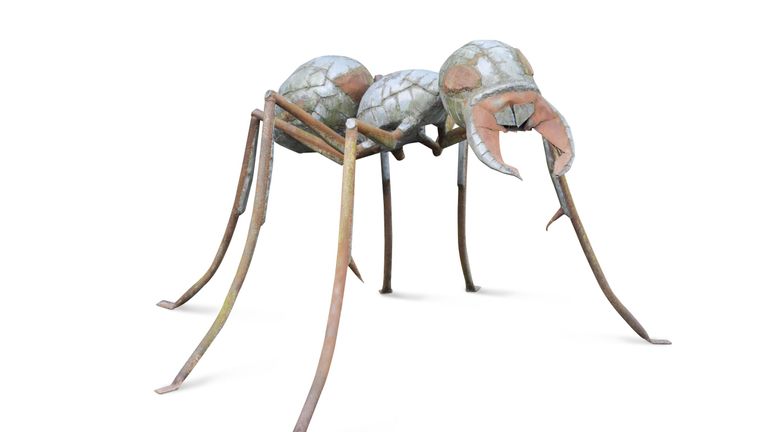 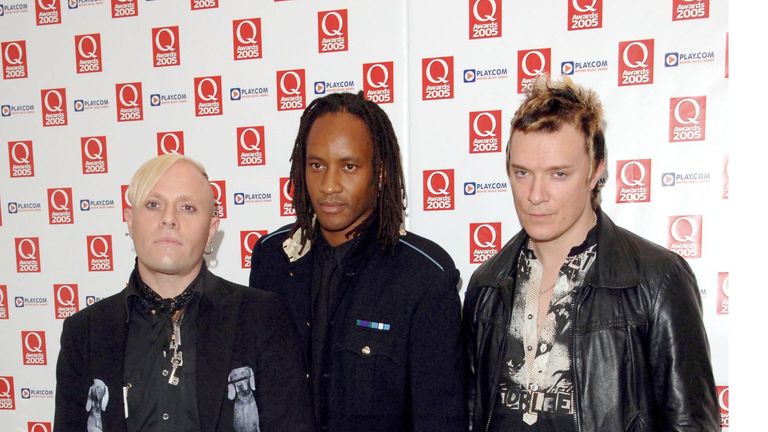 The other items included a large welded aluminium and steel model ant – the insect used in the group’s logo, which went for £8,000.

A Gianni Versace Medusa head silver ring, included in a collection of other rings, sold for £5,500. 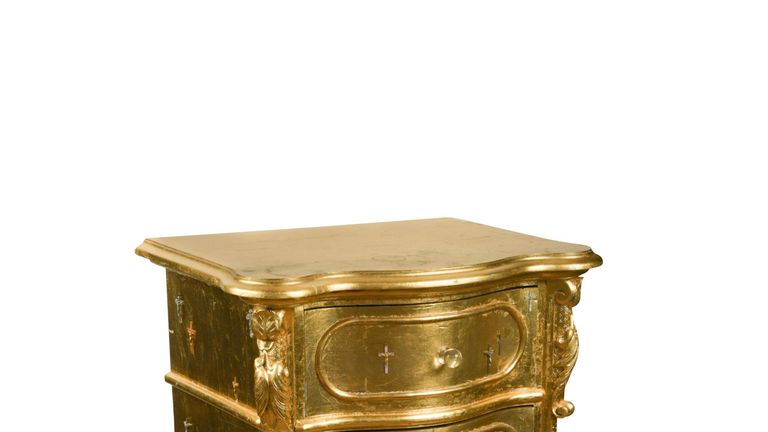 Image: A Jimmie Martin chest of drawers sold for £1,100 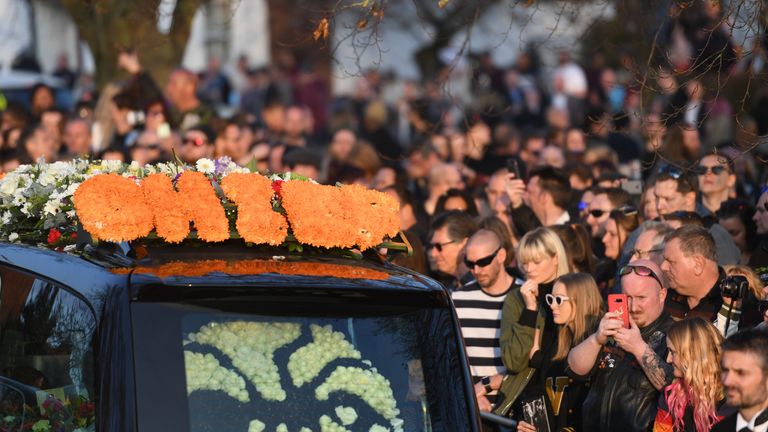 Image: Fans paid tribute to the singer at his funeral in Essex earlier this year

One fan paid £8,000 for a collection of European presentation discs given to Flint for The Prodigy’s third studio album, The Fat of the Land, in 1997.

And a carved and polychrome painted wooden head study of Flint fetched £2,600, while a “Kaboom” armchair and footstool by designer Jimmie Martin sold for £4,200, and a gold chest of drawers by the same designer sold for £1,100.