A rare Beatles demo recorded at Abbey Road has gone to auction.

The unheard collection – which contains early versions of ‘I am the Walrus’, ‘Fool on the Hill’ and ‘I Me Mine’ – was left behind by the Fab Four after a session in he 1960s.

The listing reads: “Gifted to the vendor, a bass player in a rock band that has sold over 20 million albums.

“Presented in 1971 while recording their first LP at Abbey Road Studios by a sound technician, the demo itself recorded in the 1960s.”

In an note from the unnamed seller, it’s also revealed that the collection includes an alternate ending to ‘Fool on the Hill’.

The message reads: “The cassette was transferred to a newer style cassette, as the old style cassettes tended to break and lose Chromium Dioxide causing dropouts.

“Even though there are some minor drop outs, please enjoy the tongue in cheek ending to ‘Fool on the Hill’ and the almost final version of ‘I am the Walrus.’ “

Meanwhile, drummer Ringo recently insisted no other group could touch the iconic ‘Hey Jude’ hitmakers because they shared a telepathic bond when performing live.

He said: “When we were playing together as a band, we were the best band in the land.

“I don’t care what anyone says. We knew each other and it was like psychic.

“I would be playing drums with my eyes closed and the headphones on and would know John was going to go somewhere.

“I’d drum in that and hold it together while they went mad and then bring it back.” 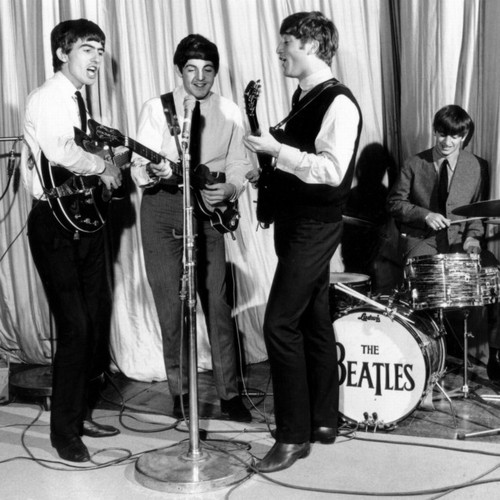