Renee Zellweger: I heard strangers talk about my face on the Tube

Renee Zellweger has opened up about the “painful” moment she overheard strangers talking about her looks on the Tube in London.

The 50-year-old Hollywood actress, who stars as Judy Garland in a new film, sparked widespread speculation about her appearance in 2014.

Zellweger recalled the moment she overheard passengers on “the subway in London”.

The Oscar-winning actress told US radio station SiriusXM: “They were talking about… how Hollywood ladies are so silly, and especially that Renee Zellweger.

“And, ‘How could she do that? Why would she go and have surgery on her face like we wouldn’t know?’ 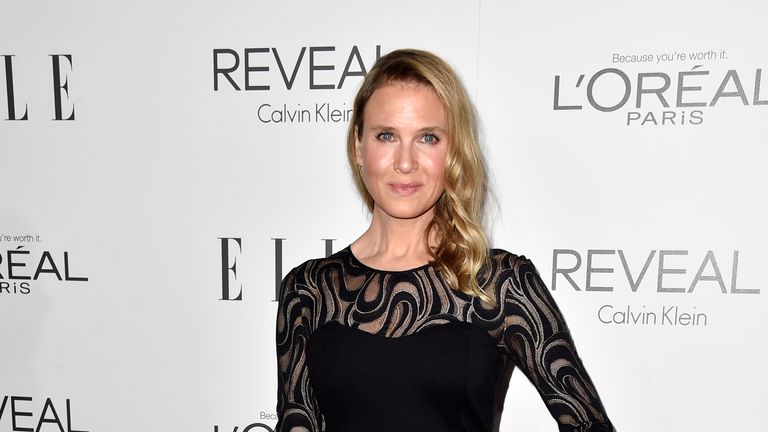 Image: The actress sparked widespread speculation about her looks after attending an ELLE event in October 2014

The Bridget Jones star said the man was “still talking about how stupid I am” when she got up before her stop and he looked up and recognised her.

Zellweger continued: “He said, ‘Oh God, you’re not, you are! But you look just like yourself!’ And I said, ‘Yeah, it’s funny how that works, isn’t it?'”

She said experiences such as this one were “momentarily… pretty painful” and has previously said she had not altered her face or had surgery, “not that it’s anyone’s business”.

The star took the unusual step of writing an essay in response to accusations she had an eye lift in about her appearance in 2014.

In her piece for Huffington Post, she wrote: “Not that it’s anyone’s business, but I did not make a decision to alter my face and have surgery on my eyes. This fact is of no true importance to anyone at all, but that the possibility alone was discussed among respected journalists and became a public conversation is a disconcerting illustration of news/entertainment confusion and society’s fixation on physicality.”

Fly drones at Heathrow and you could face life in jail, protesters warned