Rod Stewart is helping his wife Penny Lancaster cope with menopause symptoms that began during lockdown.

The couple celebrated its 13th wedding anniversary with a socially distanced takeaway meal in London’s Hyde Park in June – and Penny revealed on Monday that Rod has also been helping her through the menopause.

The 49-year-old made the revelation on U.K. TV show Loose Women, saying she has found the past few months tough because of her side effects, but gushed that Rod and their two sons, Alastair, 14, and Aiden, nine, have been extremely helpful.

Explaining that she has been suffering hot sweats, she noted: “my body temperature is fluctuating all over the place. It affects your mood swings, I’ve been putting on more weight.”

Detailing one episode, she said: “I was in the kitchen, cooking dinner, it had been one of those days where everything had been going wrong and I’d had enough. I ended up throwing the dinner across the kitchen.”

Rod and her children immediately helped her through the incident: “I just screamed and burst into tears. The boys came and hugged me. Rod said, “Just give mummy a minute”. So, we’re lucky that we’ve got that open discussion.”

However, the ex-model admitted that she and her family have had issues due to the lack of availability of information about what women go through during the menopause: “What’s really confusing for me, I’m trying to explain to my husband and the boys what’s going on, but I don’t really know myself…I don’t know what’s happening.

My younger friends are saying to me, ‘Are you going to do HRT, what symptoms have you got?’ I’m saying, ‘I don’t know!'” 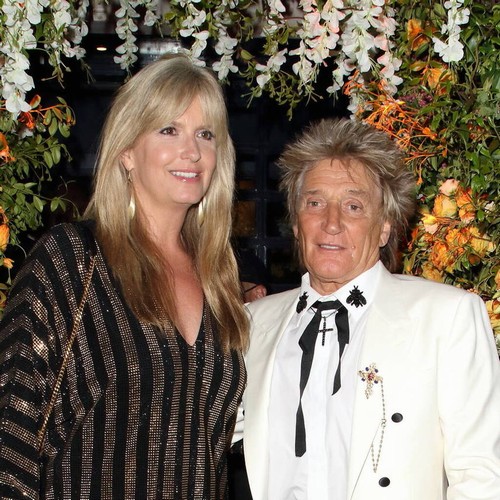 Mel C: ‘Making a pop record as a mature artist is a new challenge’