A young cellist who shot to fame with his performance at the Duke and Duchess of Sussex’s wedding has broken records with his latest album.

This means he is the highest-charting cellist of all time in the UK and the first to break into the Official Albums Chart Top 10. 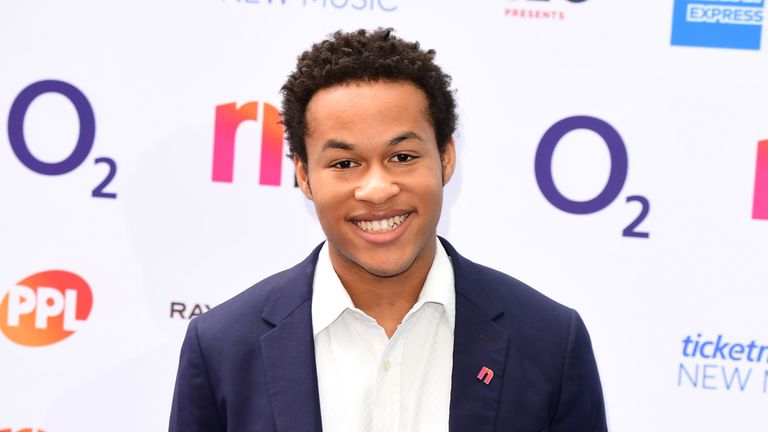 Image: Sheku Kanneh-Mason has an MBE for services to music

Kanneh-Mason told OfficialCharts.com: “I am so excited that my album is in the top 10 of the Official UK Album Chart – thank you, Edward Elgar, for writing such a fantastic piece of music.

“And thank you to Sir Simon Rattle and all the other great artists who feature on the recording too.”

The 20-year-old is also the first British classical musician in more than 30 years to reach the top 10 – the last one was violinist Nigel Kennedy, whose recording of Vivaldi’s Four Seasons reached number three in 1989.

Kanneh-Mason performed at the wedding of the Duke and Duchess of Sussex in May 2018, a few months after releasing his first album, Inspiration.

That album entered the chart at number 18 and peaked at number 11 after the wedding ceremony.

Kanneh-Mason, who is from Nottingham, was only a teenager when he became the first black winner of the BBC Young Musician Award in 2016.

He has also won two Classic Brit Awards and been awarded an MBE in the New Year Honours list for services to music.

He told music magazine The Strad in March that he had “always loved” the cello and music, adding: “I was always being inspired by amazing musicians and friends who played instruments”.