Ryan Reynolds was delighted when Taylor Swift used the names of his kids for characters mentioned on her 2020 album Folklore.

In a new interview for Sirius XM Town Hall the Deadpool star, who shares his three children with wife Blake Lively, said he was “honoured” when he found out about Swift’s decision.

“The names are the names of our kids. We trust her implicitly. She’s very sensitive to any of that stuff. And obviously the song has nothing to do with our kids other than our kids’ names. But I mean, what an honour,” he gushed.

In a departure from her usual self-confessional lyricism, Swift used fictional characters for the Grammy-winning album, named James, Betty and Inez, which fans initially speculated were lifted from the Reynolds-Lively clan. Swift confirmed the theory in an interview with Country Radio last year.

“I’ve always loved that in music you can kinda slip into different identities and you can sing from other people’s perspectives,” she said. “So that’s what I did on this one. I named all the characters in this story after my friends’ kids… and I hope you like it!”

The 44-year-old actor said that even though the plot line has “nothing to do” with his kids, Swift’s choice to use their names still “amazes” him.

“We thought it was pretty damn amazing,” he explained. “We still do. You know, I still walk down the street and shake my head thinking ‘I can’t believe that happened.”

The actor said the couple surprised their kids with the news that they were forever enshrined in the musician’s discography. “They didn’t know. They had no idea. We don’t tell them anything, we find they’re most compliant if you offer them no access to outside information,” he joked. 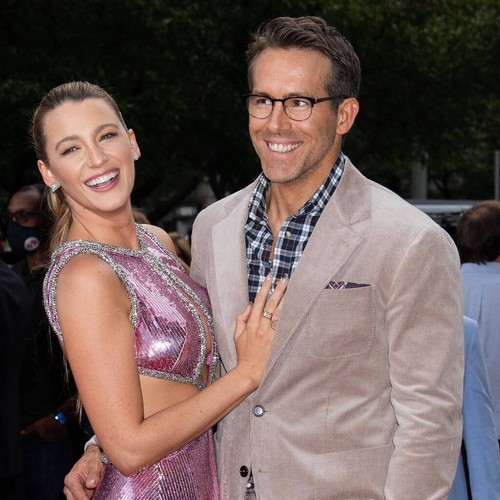