Sam Fender has shared the title track from his upcoming second studio album, ‘Seventeen Going Under’.

The ‘Play God’ hitmaker has unveiled his follow-up to his acclaimed 2019 debut album ‘Hypersonic Missiles’, which is set for release on October 8.

Sam once again worked with his long-time producer pal Bramwell Bronte on the collection.

The LP explores “turning the mirror on himself; his adolescence and the trials and tribulations of growing up”.

Sam had been dropping cryptic clues about his hotly-awaited LP on social media and fans anticipated an announcement after he recently confirmed that the album is “ready” to drop.

Alongside a studio snap on his Instagram Story, he wrote: “Aye, it’s finished. Get ready.”

The 27-year-old star had finished penning the tunes last year.

He said at the time: “I think it’s done. Well, not recorded. I’ve written the songs … there might be one or two songs that’ll come along on the way [as well], but yeah: I’ve just got to start recording.”

Sam also teased that some of the songs will sound similar to his track ‘Borders’.

He added: “I love that track, sonically. I kinda wanted to sonically go down that [route] a bit more.”

Sam then jokingly claimed that the remainder of the record would feature “a whole load more of Bruce Springsteen rip-offs”.

Meanwhile, the singer previously admitted he was “chewing” his “face off in frustration” when the likes of George Ezra and Hozier’s careers exploded and his didn’t.

He confessed: “They all went on to explode, while I didn’t. I was chewing my face off in frustration, I was that desperate to make it like they had, to write pop songs because I thought people might like them. Then I realised that if I’m going to fail, then I may as well fail on my own terms, with songs I really believed in.”

The track-listing for ‘Seventeen Going Under’ is: 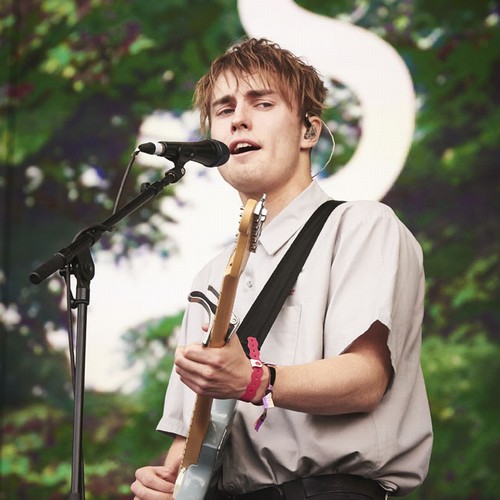