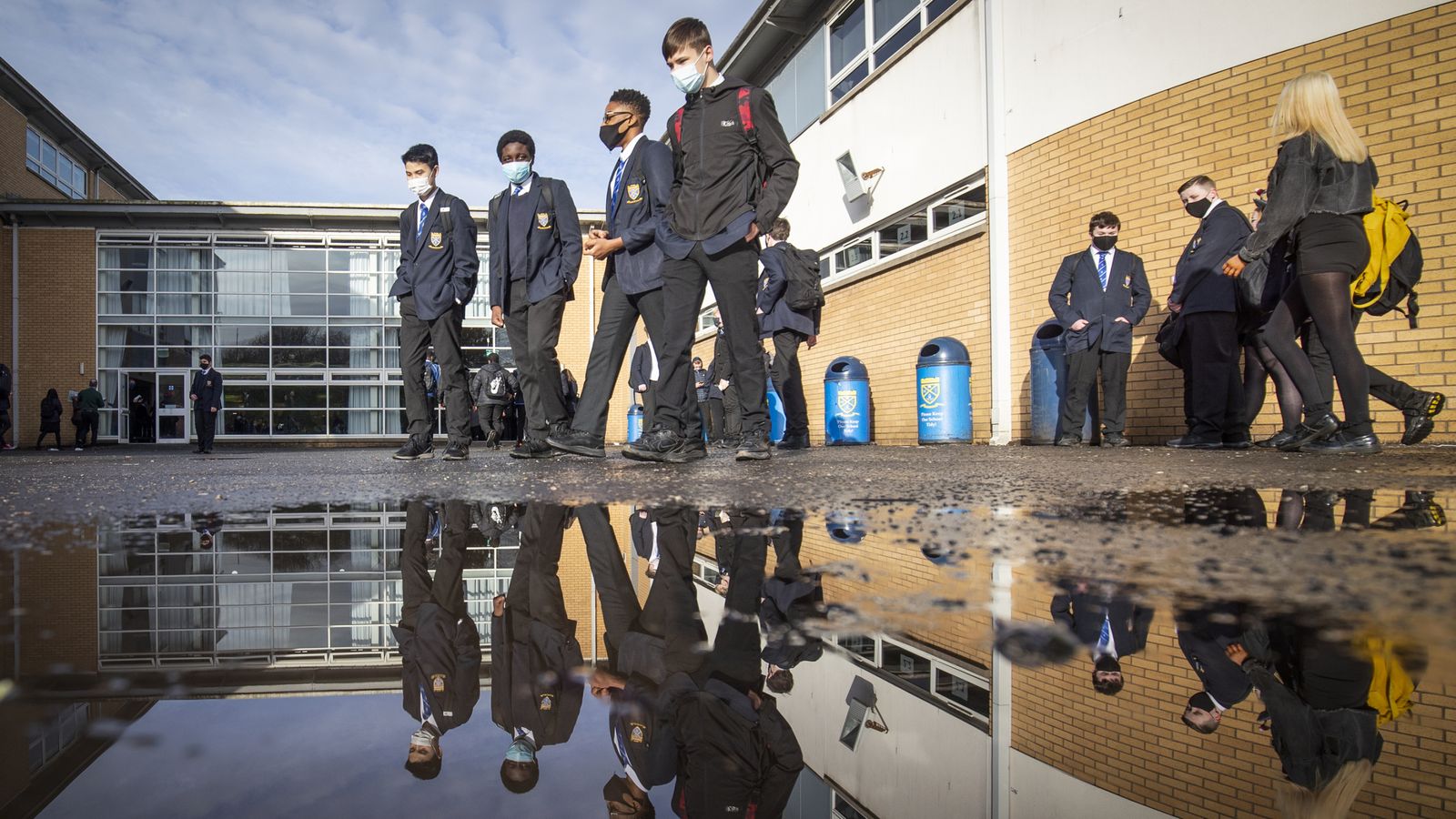 Scotland has recorded its highest number of daily COVID cases ever but the government has denied it will go into a circuit breaker lockdown.

First Minister Nicola Sturgeon said there was a “very sharp rise” yesterday as 6,835 cases were recorded.

It is the highest recorded in a single day so far during the pandemic, with 14.2% of tests carried out coming back positive, up from 11.2% the previous day.

Cases have now doubled in the past week.

Ms Sturgeon said a record number of tests had been carried out yesterday, but admitted this did not entirely explain the record numbers.

Scottish cases dropped dramatically in July but have spiked since the beginning of August, prompting speculation of further restrictions being imposed.

But the first minister said: “I am not looking at options right now for a circuit breaker lockdown.”

However, she added that “we shouldn’t rule out anything in the face of the pandemic”.

A total of 479 people were recorded in hospital with COVID yesterday, 53 more people than the day before and 147 more than a week ago. 47 people in intensive care.

There were four more deaths, bringing Scotland’s total to 8,103 during the pandemic.

Ms Sturgeon said Scotland had the highest percentage of cases in the UK but added that schools in the country returned before other nations, which has increased interactions.

Scotland has had a good takeup of vaccinations, with 95% of over 40s having two doses.

For 16 and 17-year-olds, who have only recently been invited to get the vaccine, 44% have had their first jab.

However, Ms Sturgeon said vaccines have not completely broken the link between cases and serious illness.

The first minister encouraged everyone to follow three steps: get vaccinated, test yourself regularly and follow the small number of rules still in place.

This includes wearing face coverings indoors and encouraging workers and customers to comply, as well as working from home if possible.

“The more we all do this, the more chance we have of avoiding the need for the re-imposition of any formal restrictions,” she said.