Selena Gomez has tweeted her frustration with Facebook’s failure to stop the spread of misinformation about COVID.

Last year, the singer and actress tweeted “scientific disinformation has and will cost lives”, and now the The Heart Wants What It Wants star is reinforcing the message.

“In December I asked @Facebook and @Instagram to take action on lies about COVID and vaccines,” she tweeted on Wednesday, sharing a video from the Center for Countering Digital Hate.

CCDH officials state: “Just twelve anti-vaxxers are responsible for almost two-thirds of anti-vaccine content circulating on social media platforms. This new analysis of content posted or shared to social media over 812,000 times between February and March uncovers how a tiny group of determined anti-vaxxers is responsible for a tidal wave of disinformation – and shows how platforms can fix it by enforcing their standards.”

Billboard reports that Biden told reporters last week that Facebook was “killing people” by not shutting down dangerous myths about COVID and the vaccine, but he has since clarified his statement, adding he doesn’t blame the social platform, but “these 12 people who are out there giving misinformation – anyone listening to it is getting hurt by it.”

In her December 2020 tweet, the former Wizards of Waverly Place star tweeted: “@Facebook said they don’t allow lies about COVID and vaccines to be spread on their platforms. So how come all of this is still happening? Facebook is going to be responsible for thousands of deaths if they don’t take action now!”

She ended her current thread with the question: “So why do they (Facebook) still refuse to act?”

A 19 July New York Times article reports that the company’s data scientists asked the company’s officials to help track disinformation on the popular site, but were never given any resources to do so.

A statement from Facebook’s PR team to the Times read: “The suggestion we haven’t put resources toward combating COVID misinformation and supporting the vaccine rollout is just not supported by the facts.”

White House Chief of Staff Ron Klain has called the site, “a giant source” of vaccine misinformation,” adding, “I’ve told (founder) Mark Zuckerberg directly that when we gather groups of people who are not vaccinated, and we ask them, ‘Why aren’t you vaccinated?’ and they tell us things that are wrong, tell us things that are untrue, and we ask them where they’ve heard that. The most common answer is Facebook.'”

Photo-sharing site Instagram, which Gomez also called out, was purchased by Facebook’s bosses in 2012. 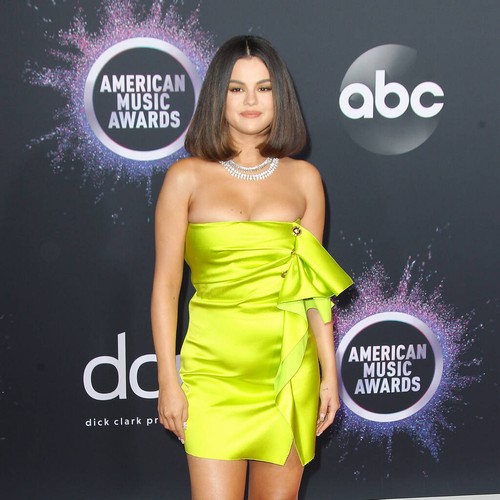 ‘People were desperate to enjoy themselves again’: Latitude Festival returns and 40,000 fans are ready