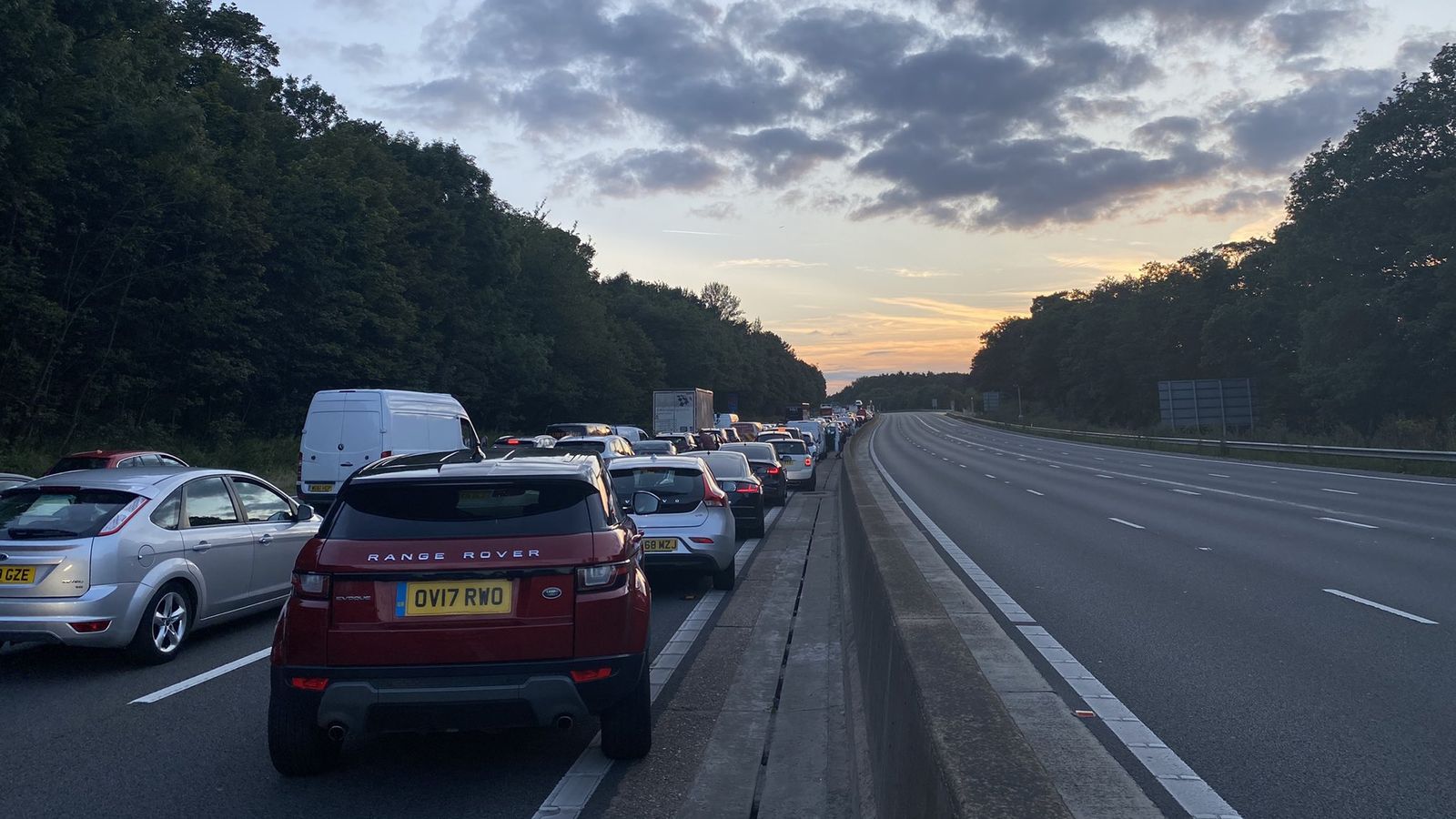 A section of the M25 has been closed following a serious collision involving a lorry, a minibus and a car.

The ambulance service said “a number of people” were being treated following the crash between junctions 27 and 26 of the anti-clockwise carriageway.

Police described it as a “serious collision” and urged people to take alternative routes if they intend to travel before rush hour on Tuesday morning.

The motorway will remain closed anti-clockwise between junction 27 for the M11 and junction 26 for Waltham Abbey.

Essex Police said in a statement: “We responded at 6.15pm to reports that a lorry, minibus and a car were involved in a collision between J26-27 anti-clockwise. It remains closed.

The statement thanked motorists on the M25 for their patience, with some having been stuck for hours.

Parv Domah was among those caught up in the traffic tailbacks near junction 26, telling PA news agency: “I can’t tell you exactly what happened, I can only say I’ve been here going on three hours.

“There were approximately 30 emergency vehicles that drove past in that time, as well as two air ambulances.

“Traffic was stopped on both sides of the carriageway at one point and now on the anti-clockwise is still shut.”

We’d like to thank everyone on the #M25 for their patience.

We responded at 6.15pm to reports that a lorry, minibus and a car were involved in a collision btwn J26-27 anti-clockwise. It remains closed.

East of England Ambulance Service NHS Trust said in a statement: “We are at the scene of a serious collision on the M25 near Waltham Abbey.

“Both carriageways have closed and we are treating a number of people involved.”

“We thank the public for their patience while we worked with other emergency services to make the scene safe.”