Simon Gallup has quit The Cure and fumed that he’s “fed up of betrayal”.

The 61-year-old bassist announced his departure from the ‘Friday I’m in Love’ group on his Facebook page.

He wrote: “With a slightly heavy heart I am no longer a member of the Cure ! Good luck to them all … (sic)”

And when one of his followers asked how he was, Simon replied: “I’m OK… just got fed up of betrayal.”

Keyboardist Roger O’Donnell seemed to comment on Simon’s exit when he quipped on Twitter that former keyboard player and drummer Lol Tolhurst was seen buying a bass.

He wrote: “A friend just told me they saw Lol in the Guitar Centre buying a bass???????”

And when a follower asked: “Hey Roger, good to see Lol trying out new stuff but is it true what Simon said about leaving the band?’, he wrote back: “Who EVER said Cure fans don’t have a sense of humour!”

Simon, who also played keys, had been a member of the group for four decades, joining in 1979.

However, he quit in 1982 after a falling out with frontman Robert Smith, before returning two years later.

Robert, 62, previously insisted that despite the “difficult periods”, it would take “something really extraordinary” for their friendship to end.

Speaking in 2019, the ‘Boys Don’t Cry’ hitmaker said of their unbreakable bond: “We’ve had some difficult periods over the years but we’ve managed to maintain a very strong friendship that grew out of that shared experience from when we were teens. When you have friends like that, particularly for that long, it would take something really extraordinary for that friendship to break. You’ve done so much together, you’ve so much shared experience, you just don’t want to lose friends like that.”

The Cure – whose last studio album, ‘4:13 Dream’, was released in 2008 – have been working on two new albums, and Robert recently admitted they could be their last.

He said: “So we were doing two albums and one of them’s very, very doom and gloom and the other one isn’t. And they’re both very close to being done. I just have to decide who’s going to mix them. That’s really all I’ve got left to do.

“I can’t think we’ll ever do anything else. I definitely can’t do this again.” 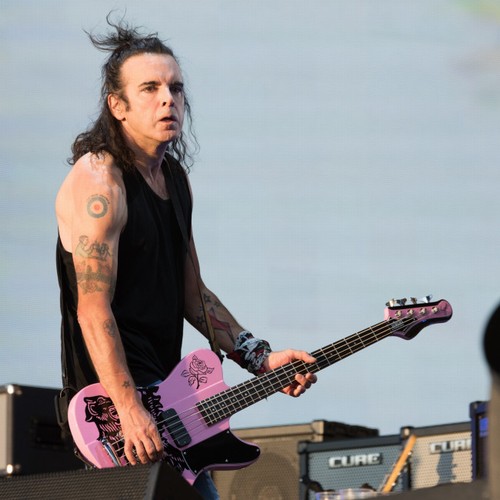 Battle of the exes: Snooker stars and former couple Mark Allen and Reanne Evans to face off